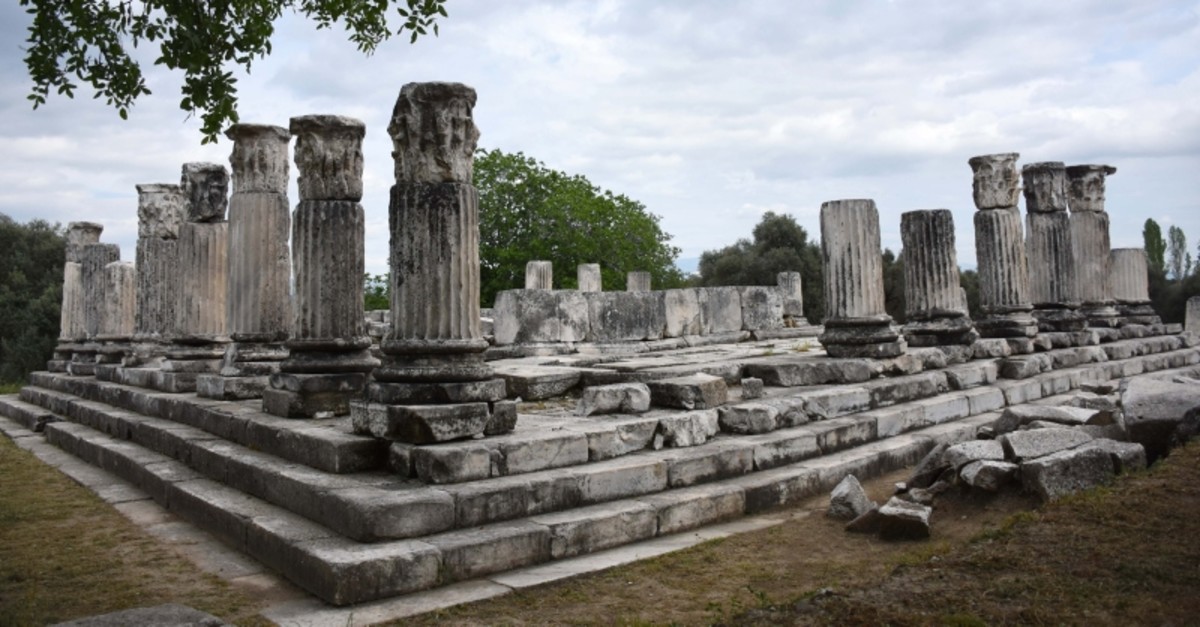 Excavations are continuing to restore more than 20 ancient columns at the 3,000-year-old Lagina Sanctuary, dubbed as the center of Paganism, located in western Muğla province's Yatağan district.

The sanctuary holds worldwide significance for being home to the largest temple built in honor of Hecate, the Greek goddess of witchcraft, magic and ghosts.

Bilal Söğüt, who heads the excavations at the Lagina Sanctuary, told Anadolu Agency that the team will unearth the columns at the site.

"Our major work here is to unearth the temple, altar and ceremonial areas within the Lagina Hecate sanctuary," Söğüt said.

He said that they want visitors to be able to see all of the columns, which are 2,000 years old.

In addition to being a worship site, the temple also provided shelter from the summer sun and the winter rains, Söğüt said.

He noted that the temple at Lagina is the only one to be depicted peacefully by the Amazon warriors, the mythical warrior women who were the archenemies of the ancient Greeks.

The Lagina Sanctuary is frequented by many local and foreign tourists along with 100,000 Pagans every year, and officials hope these numbers will increase after excavation works are completed.

The sanctuary is also known as the site of the first scientific-based archaeological research to have been carried out by a Turkish team. The first excavations were led by Ottoman intellectual Osman Hamdi Bey, founder of the Istanbul Archaeological Museum, between 1891-1892.