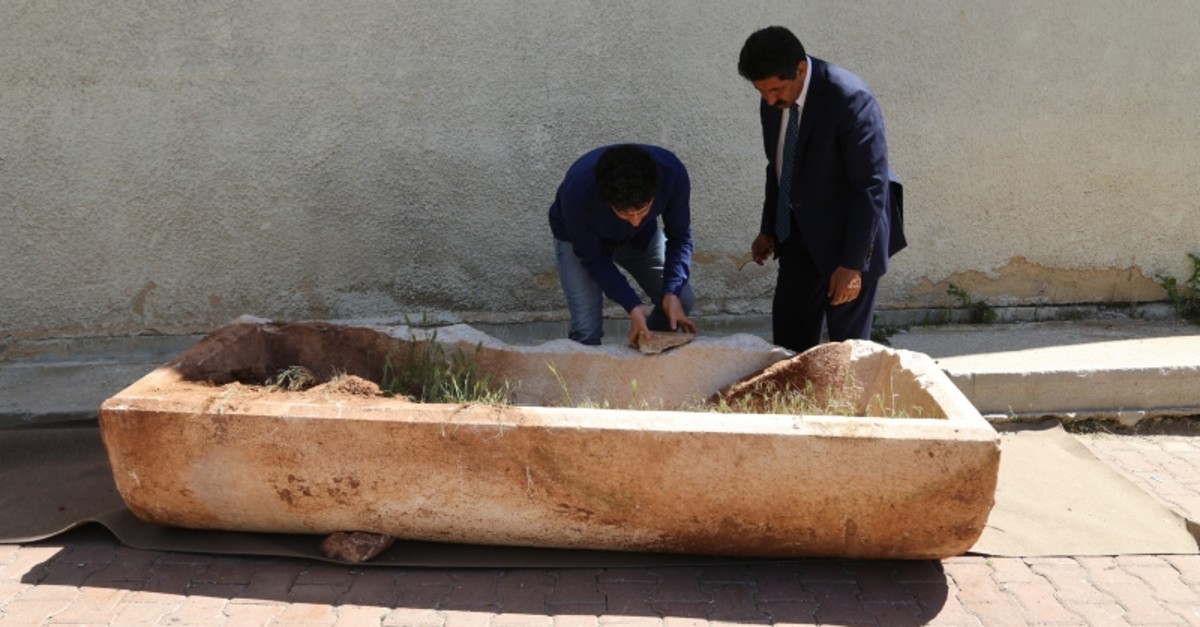 An ancient marble sarcophagus was found buried in the soil of a field in central Turkey's Nevşehir province, officials said Wednesday – the second ever sarcophagus to be found in the Cappadocia region.

The Roman-era sarcophagus, found in the village of Alemli in the Gülşehir district, was extracted by teams from the Gülşehir Municipality and Museum Directorate after two hours of study.

Experts estimate the sarcophagus is 2,200 years old. Its marble lid was broken many years ago, at which time, any contents which may have been inside could have been stolen, authorities said.

The sarcophagus was taken to the Nevşehir Museum Directorate for examination.

Over 2 million Turkish and foreign tourists visit Cappadocia each year, thousands of whom opt for a birds-eye view of the unique region with an iconic sunrise hot air balloon ride.