Traditions carry spirit of past Ramadans into present 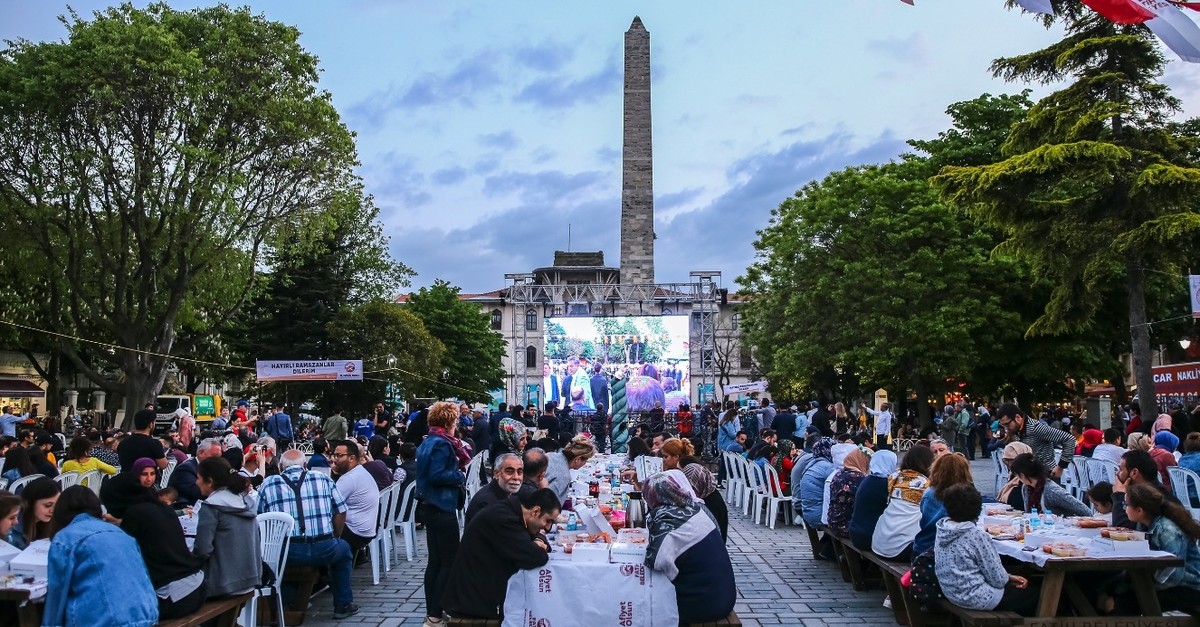 People waiting for the azan to break the fast at a mass iftar in Sultanahmet Square.
by Miraç Tapan May 23, 2019 12:13 am

Ramadan is a time of purification but also joy and entertainment. Ramadan traditions that have been around for centuries keep the spirit of the old times alive

Ramadan is a time of purification and the month of gratitude. By abstaining from food and water during the day, the faithful are reminded of those less fortunate. Fasting is also a reset for the body and soul, a result of self-control and deeper spirituality. Ramadan holds a dear place in the hearts of all Muslims. As it is a month of joy, this month also helped nations build traditions and entertainment around it. In Turkey, Ramadan means a series of festivities every day that continue until dawn.

Throughout history, there have been landmark traditions and entertainment that have taken root in the folklore of Turkey.

Here some of the traditions and means of entertainment that are mostly specific to Anatolia:

Alarm clocks are relatively new inventions. Before they came into being, it was a hard task waking people up for sahur, right before morning prayer, and eat the last couple of bites before starting to fast. But how did people wake up before alarm clocks? Ramadan drummers are one of the most iconic elements of Ramadan. Drummers walk through neighborhoods with a drum in hand, playing music and singing verses of poetry in order to wake people up and encourage them to eat and start their fast. Toward the end of Ramadan, the drummers knock on doors and ask for a tip.

The tradition, which started in the times of the Ottomans, influenced the territories that were once ruled by the Ottomans; hence Ramadan drummers are still a familiar sight in Egypt, Pakistan, and other African and Arab countries. 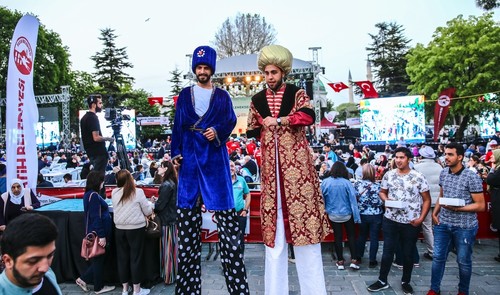 Known as Karagöz in brief, Karagöz and Hacivat, the traditional shadow play is a cultural asset that is shared by many generations.

The art of shadow play or shadow puppetry is a projection in a satirical, humorous and sometimes thought-provoking way, on the state of human relations on screen through light and shadow. Karagöz and Hacivat, the main characters of the traditional Ottoman shadow play, are believed to actually lived in Bursa in the 14th century. In the plays, the characters always fight with each other but in each of their arguments, they want to deliver a moral message to the audience. Although they always fight, all Karagöz and Hacivat stories end with happiness.

As the mediums of entertainment changed throughout the century, Karagöz and Hacivat is still kept alive during Ramadan. Almost every night after iftar (the fast-breaking meal), it is possible to come across a Karagöz and Hacivat play usually put on stage by the municipalities as a part of Ramadan activities.

Built in 1839 with the order of Ottoman Sultan Abdülmecid in order to meet the fez and wool clothing needs of the Ottoman army, Feshane is currently used as a congress center, but in Ramadan, it assumes a whole different identity. Located on the coast of the Golden Horn, Feshane is a popular spot for people of all ages because of the amusement park opened during Ramadan. Inside the center there is a big bazaar where you can find your basic needs or buy some interesting clothing and souvenirs. You can have a sip of tea in the tea garden of the Feshane accompanied by the fascinating view of the Golden Horn on the evening of an exhaustive day. There are traditional candy sticks called "macun," cotton candy and boiled corn sold onsite to preserve the old traditions. The site also hosts numerous events until dawn for people including Sufi music recitals to traditional shadow play performances.

Ramadan is a month of sharing. It is the best time to share what you have with those who are less fortunate. Also, Ramadan tables are believed to be full of abundance if they are shared by others. Back in Ottoman times, wealthy people opened the doors of their houses to all and shared their food, putting on huge iftar tables to break the fast with their neighbors and those in need.

Today, this tradition is carried out with iftar tents. Those who want to give huge iftar dinners to the people and their neighbors rent a tent and offer meals. As well as the tents set up by the municipalities, people enjoy breaking the fast together while sharing with the less fortunate.