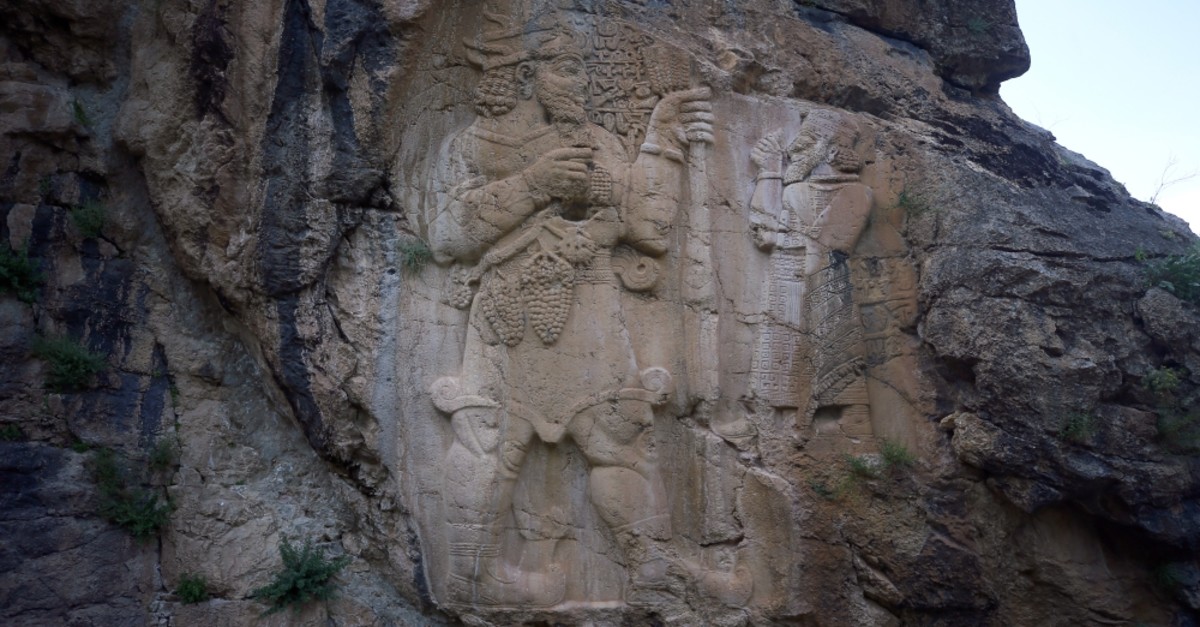 Registered on UNESCO's Temporary List of World Heritage Sites, the 3,000-year-old İvriz relief, which was a Hittite symbol of agricultural fertility, draws tourists from around the world.

Located in Konya, the relief is the oldest known agriculture monument in history. The İvriz relief, which was built in the late Hittite period, was also mentioned in the books of Ottoman wanderers Evliya Çelebi and Katip Çelebi centuries ago.

Speaking to Anadolu Agency (AA), professor Hasan Bahar from Selçuk University said the Konya Basin is surrounded by Hittite monuments. "Konya was an important location for the Hittites as they heavily relied on wheat, and Konya was in a way their 'wheat silo,'" he explained.

Believed to be built in 730 B.C., the relief bears the image of Tarhunzas, the god of storms and fertility. In the description, Tarhunzas the fertility god is seen holding grapes, which were then the symbol of the fertile lands of Konya. The relief also depicts King Warpalawas of Tuwana worshiping Tarhunzas. The location of the relief on the cliff face of İvriz Suyu suggests that the source of the fertility depicted on the relief was not the rare rains, but the water that flowed from this spot almost all year round.

The relief was registered on UNESCO's Temporary List of World Heritage Sites under the name İvriz Cultural Landscape in 2017, and local authorities and scholars hope that the site will be included on the permanent list so more people can be introduced to the site.

"This is one of the must-see places in Anatolia," said Bahar. "With this site recognized by UNESCO, our history and culture will be put even further into the spotlight."