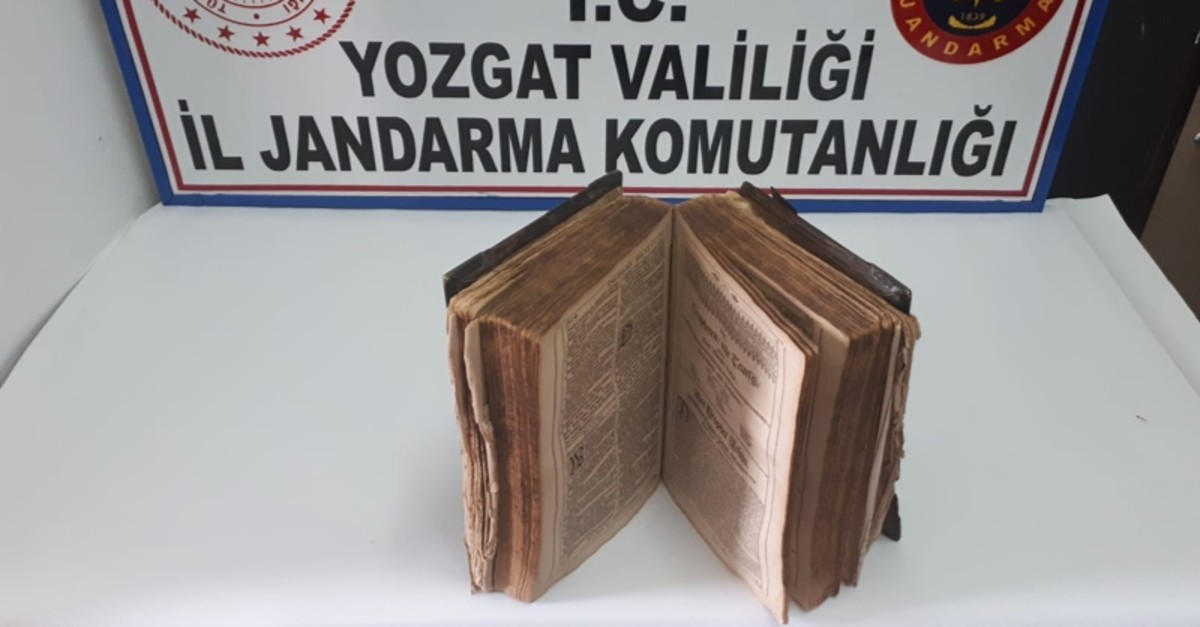 Turkish gendarmerie teams on Wednesday seized a 600-year-old Christian book written in old German from suspected smugglers in the central province of Yozgat.

Yozgat Provincial Gendarmerie Command teams found the book when they stopped and searched a car in the town of Doğankent in the Sorgun district.

They detained the three people in the car, who were reportedly bringing the historical book from Istanbul to Yozgat in search of a buyer.

The 1,044-page book was determined to have been published in the 15th century when the printing press was first entering into use in Europe. The book contains information about Christianity and social life during that time.

The historic artifact was delivered to Yozgat Museum Directorate.