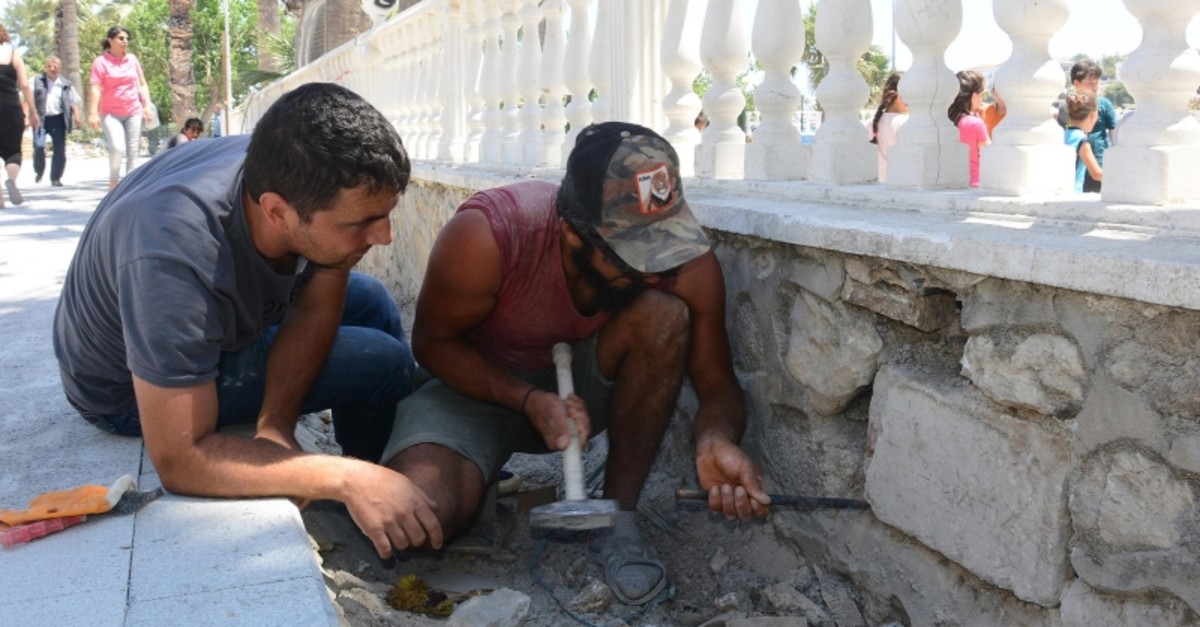 A 2,300-year-old tablet was accidentally discovered inside the garden wall of a school in Turkey's southwestern Muğla province during road construction works, reports said Sunday.

The tablet was found by archaeologist Okan Özalp, who was taking part in the Datça district Municipality's roadwork near Kazım Yılmaz Elementary School located in Iskele neighborhood.

Özalp reportedly saw the tablet with the ancient Greek alphabet and immediately informed Marmaris Museum Directorate officials regarding the finding. 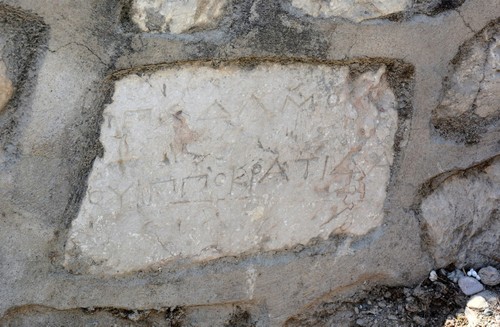 The museum sent a team of experts who safely removed the tablet from the wall.

Özalp told reporters that the tablet is from the 3rd century B.C. and they believe that it was initially attached to a statue. He noted that a part of the tablet had been broken, making it illegible.

"It is possible that the tablet was written to honor someone who served the city at the time and it might have been placed beside a statue as a means to thank the person," Özalp said.

An analysis by museum experts will determine the exact date of the tablet, he added.

Located in southern Turkey, Datça had been home to the ancient Greek city of Knidos.