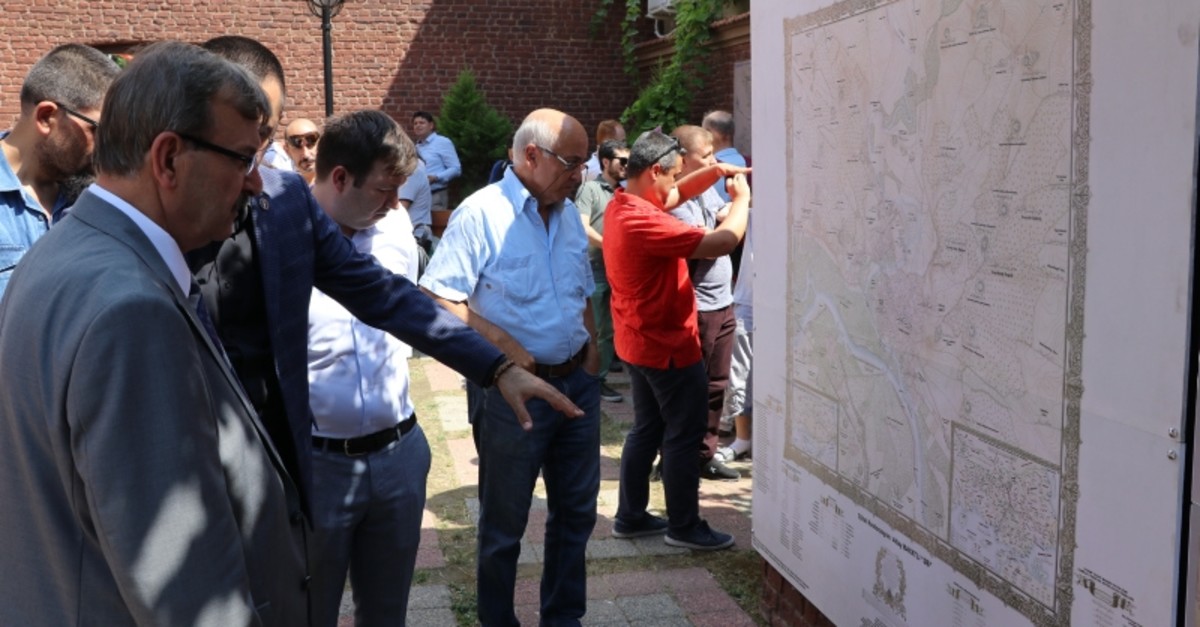 An Ottoman-era map collection displaying the region of southeastern Europe known as Thrace has been put on display in an exhibition in northwestern Turkey's Edirne province, attracting local and foreign visitors and historians.

The exhibition named "Bird's-eye view of Edirne" is being held at the Edirne City Museum with the contributions of Turkish archeologist and art historian Altay Bayatlı, who collected the maps and plans found in the state archives, including those from 18th and 19th-century Ottoman rule.

Bayatlı told reporters that the maps, drawn upon special order of Sultan Adülhamid II, have huge importance as it displays almost every part of Thrace, the area in which modern Edirne province, which once served as the capital of the Ottoman era, is located. The historical region of Thrace is now split between Turkey, Bulgaria and Greece, bound to the north by the Balkan Mountains, to the south by the Marmara and Aegean Seas and to the east by the Black Sea.

The maps were hand-drawn between 1894 and 1895 by Major Selami Muhammet Bin Ali, who was an art teacher at the Ottoman Military Junior High School.

Bayatlı noted that each and every telegraph line located in the region during that time is showcased on the maps, adding, "This map, which consists of 20 sheets, is also a work of art."

The exhibition, which has hosted academicians and historians from several cities in Turkey as well as from the United Kingdom, will be open to visitors for a week.