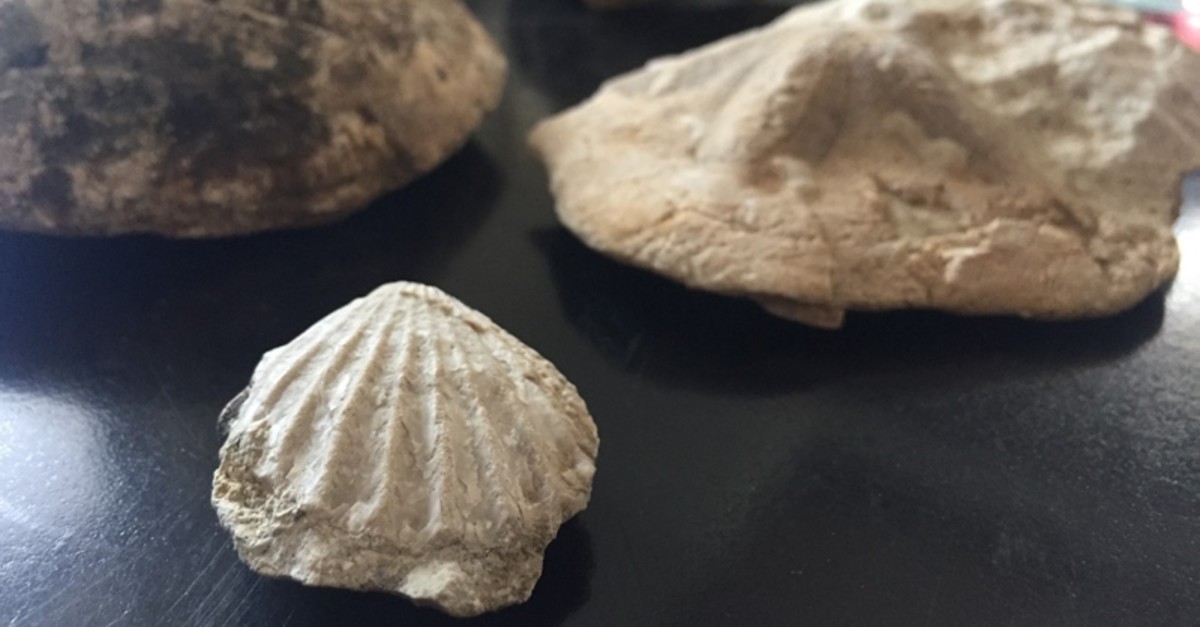 Researchers working for the Culture and Tourism Platform have discovered the remains of 35 million-year-old sea fossils in southern Turkey's landlocked Kahramanmaraş province.

According to reports, the discovery was made in Dulkadiroğlu district, where experts found remains of sea creatures on stones, rocks and the ground.

Considered to be a continuation of the Taurus Mountain range, the region's history dates back as far as 35 million years, researchers said.

Kolutek continued by saying that their platform will pass on the findings to relevant institutions and seek their help to launch extensive research projects in the area.

"The region needs to be officially registered, promoted and announced as a fossil area," Kolutek said, adding that the fossils will contribute to regional tourism.