3,000-year-old 'sacred way' to be unearthed in southern Turkey's Muğla 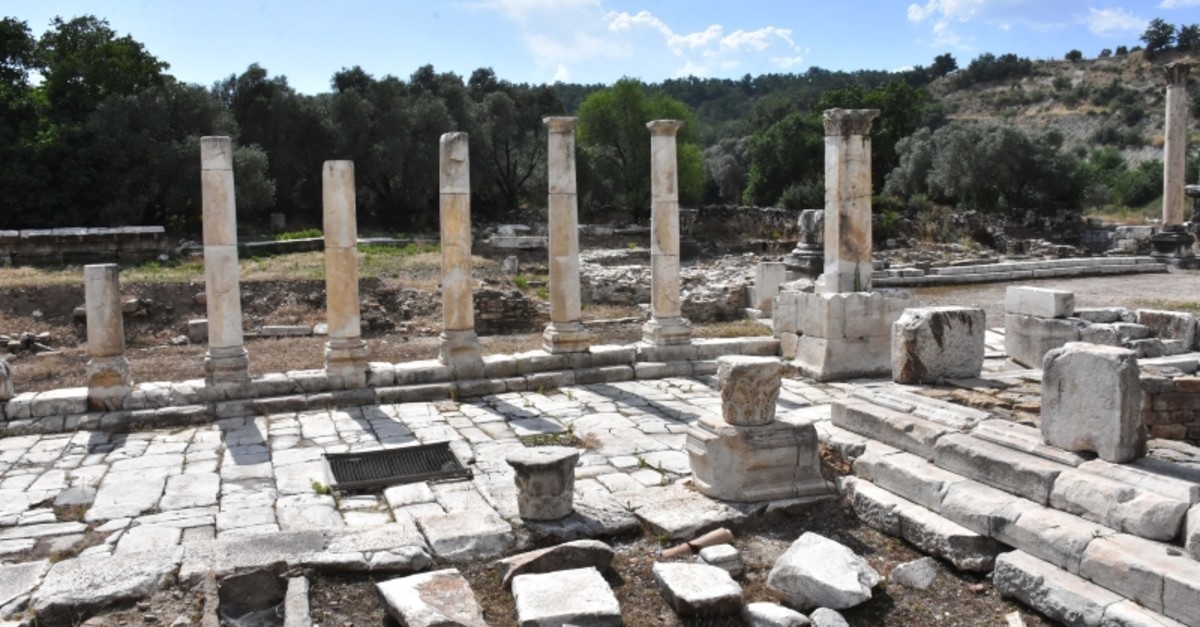 A 3,000-year-old "sacred way" that connects two Carian cities in Turkey's southern Muğla province will be unearthed after excavations that will also reveal ancient graves at the site.

Located between the ancient cities of Stratonicea and Lagina, the sacred road had been used as a ceremonial way during religious ceremonies.

"This was the most important sacred way as it connected the political center Stratonicea with the religious center Lagina," Professor Bilal Söğüt, who is the excavation leader at Stratonicea and an archaeology professor at Pamukkale University, said.

Dr. Söğüt noted that priests from Lagina would attend the ceremonies with a key-holding woman at the front and a chorus at the back, entering Stratonicea through the city's north door.

Söğüt continued by saying that there were graves along the way and they want to restore the sacred way to revive the tomb tradition there.

"This year we are carrying out excavation and conservation works. We are also putting up the columns here," Söğüt said, adding that they will restore the way in line with its original.

The main goal of the excavation and restoration works in the area is to protect the region's ancient heritage and attract more tourists, Söğüt added.

The ancient city of Stratonicea is on UNESCO's Tentative World Heritage List.

Stratonicea was one of the most significant cities around the region of Caria, and dates back to 281 B.C.

It is one of the rare sites which has artifacts from the Hellenistic, Roman, Byzantine, Ottoman and modern Turkish Republic periods.