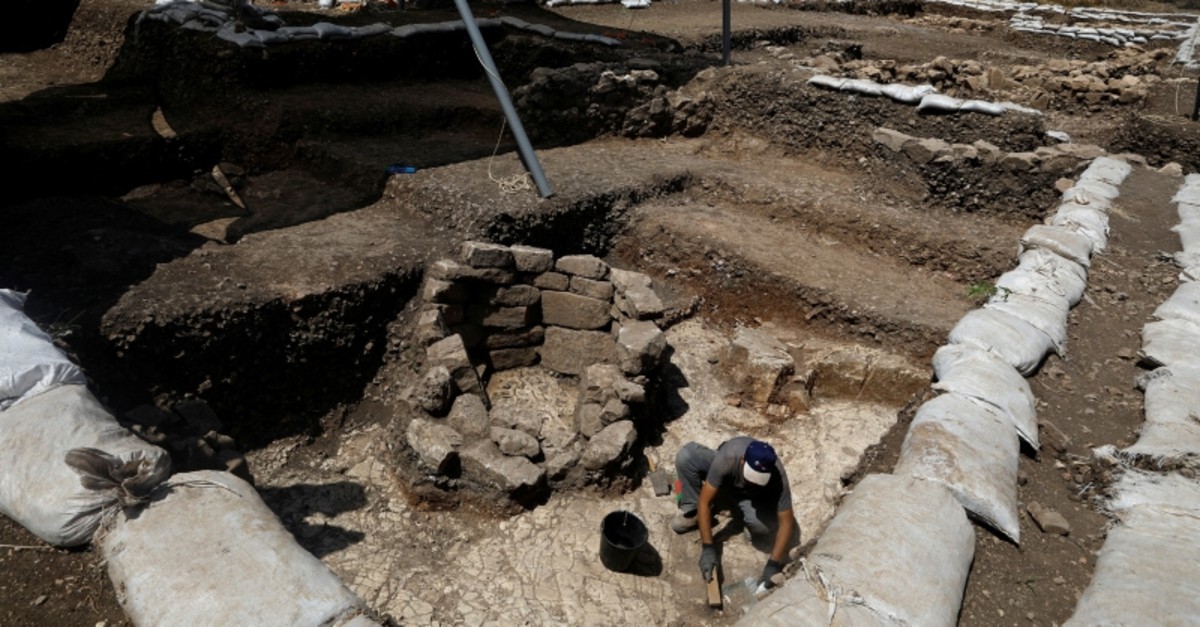 A man works next to a burial place at an excavation site where a huge prehistoric settlement was discovered by Israeli archaeologists in the town of Motza near Jerusalem (Reuters Photo)
by Jul 16, 2019 5:07 pm

A huge prehistoric settlement discovered near Jerusalem by Israeli archaeologists offers new insight into how civilizations developed around the end of the Stone Age.

The 9,000-year-old metropolis, uncovered during a survey before the construction of a new highway, is one of the biggest ever found, the Israel Antiquities Authority said on Tuesday.

The team estimated 2,000 to 3,000 people lived there, which would parallel a city by modern standards. It covered dozens of acres near what is today the town of Motza, some five km (three miles) west of Jerusalem.

Before the discovery, it was widely believed the entire area had been uninhabited in that period, during which people were shifting away from hunting for survival to a more sedentary lifestyle that included farming.

"This is most probably the largest excavation of this time period in the Middle East, which will allow the research to advance leaps and bounds ahead of where we are today, just by the amount of material that we are able to save and preserve from this site," Lauren Davis, an archaeologist with Israel's antiquities authority, told Reuters.

The excavation exposed large buildings, alleyways and burial places, evidence of a relatively advanced level of planning, the antiquities authority said in a statement.

The team also found storage sheds that contained large quantities of legumes, particularly lentils, whose seeds were remarkably preserved throughout the millennia.

"This finding is evidence of an intensive practice of agriculture," according to the statement. "Animal bones found on the site show that the settlement's residents became increasingly specialized in sheep-keeping, while the use of hunting for survival gradually decreased."

Also found were flint tools, including thousands of arrowheads, axes for chopping down trees, sickle blades and knives.