One of world's oldest mosques discovered in Israeli desert 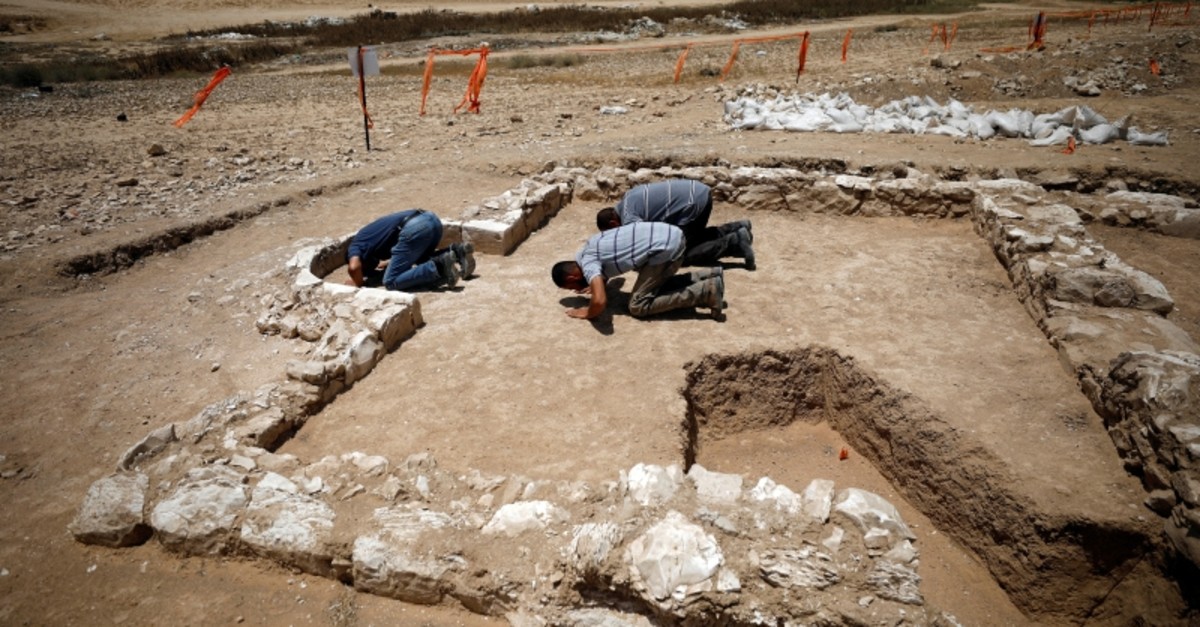 Workers pray inside the remains of a mosque discovered by the Israel Antiquities Authority and which they say is one of the world's oldest mosques, in the outskirts of the Bedouin town of Rahat (Reuters Photo)
by Jul 18, 2019 3:35 pm

The remains of an ancient mosque dating back to the 7th or 8th century were discovered in the Israeli desert, the Israeli Antiquities Authority said Thursday.

The place of worship was uncovered during preparations for a new neighborhood in the Bedouin town of Rahat in the Negev desert region in southern Israel, according to the press release.

"A small rural mosque, dated to the 7th to 8th centuries CE, is a rare finding anywhere in the world, especially in the area north of Be'er Sheva, where no similar building has previously been discovered," according to Jon Seligman and Shahar Zur, directors of the excavations.

"From this period there are large known mosques in Jerusalem and in Mecca, but here we have evidence of an ancient house of prayer, which seems to have served the farmers who lived in the area," they said.

The mosque was a rectangular open-air building containing a Mihrab, or prayer niche, facing south, toward Mecca, according to the excavation directors.

During the excavations, the remains of a farm from the end of the Byzantine period (6th - 7th century), and a small settlement from the beginning of the Islamic period (7th - 8th century) were also found.

"This is one of the earliest mosques known from the beginning of the arrival of Islam in Israel, after the Arab conquest of 636 CE]," according to Professor Gideon Avni, an Israel Antiquities Authority expert on this period.

It "indicates the processes of cultural and religious change which the country underwent during the transition from the Byzantine to the early Islamic period," he added.