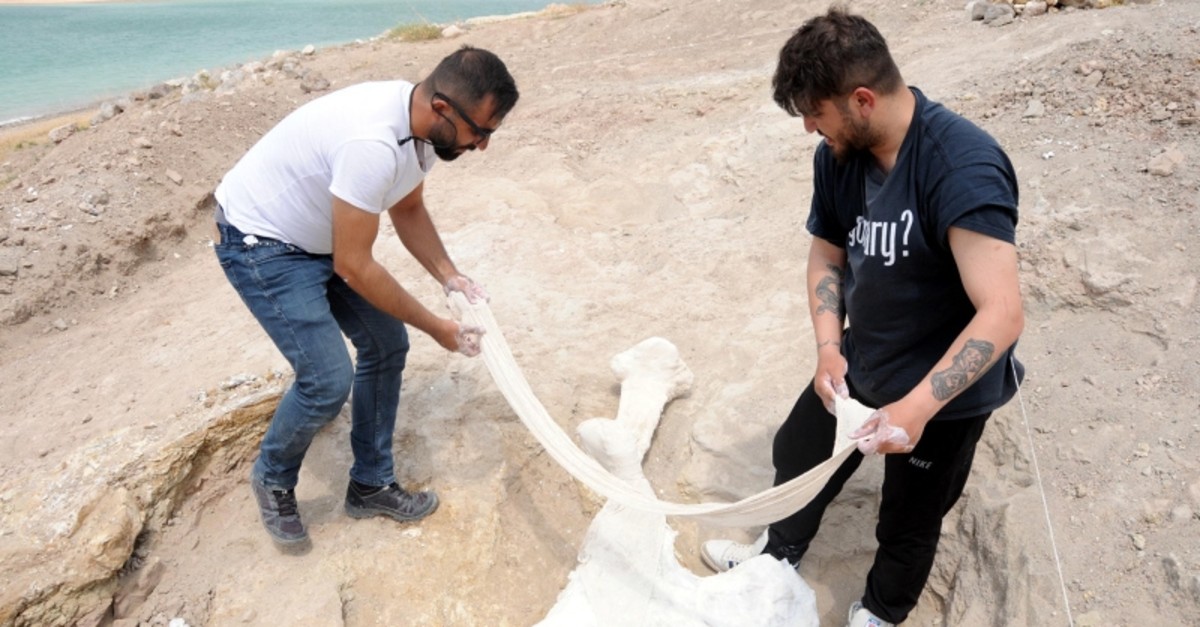 The discovery was made near the excavations launched by the Yamula Dam in Kocasinan district 10 months ago.

A team of eight archeologists are carrying out the excavations supported by Kayseri Metropolitan Municipality and the Ministry of Culture and Tourism.

Excavations in the area were launched after a shepherd discovered another animal fossil in the area.

Anthropologist Özge Kahya from Ankara University noted that they are unearthing bovine fossils along a 111-kilometer area.

The high number of fossils is significant in such a short amount of time, Kahya said, adding that the excavations will take place until the end of October this year.

However, Kahya noted that the work around the area can take up to three decades.

"Today we are pulling a hipbone belonging to an elephant," Kahya said, adding that they also discovered premolar and canine teeth belonging to carnivores.

Kahya noted that it is rare to find carnivore fossils so they were very excited about the finding.

Most of the fossils discovered in the area include skulls and jawbones belonging to elephants.

The Kayseri Metropolitan Municipality plans to open the area to visitors after completion of the first phase of the excavations.