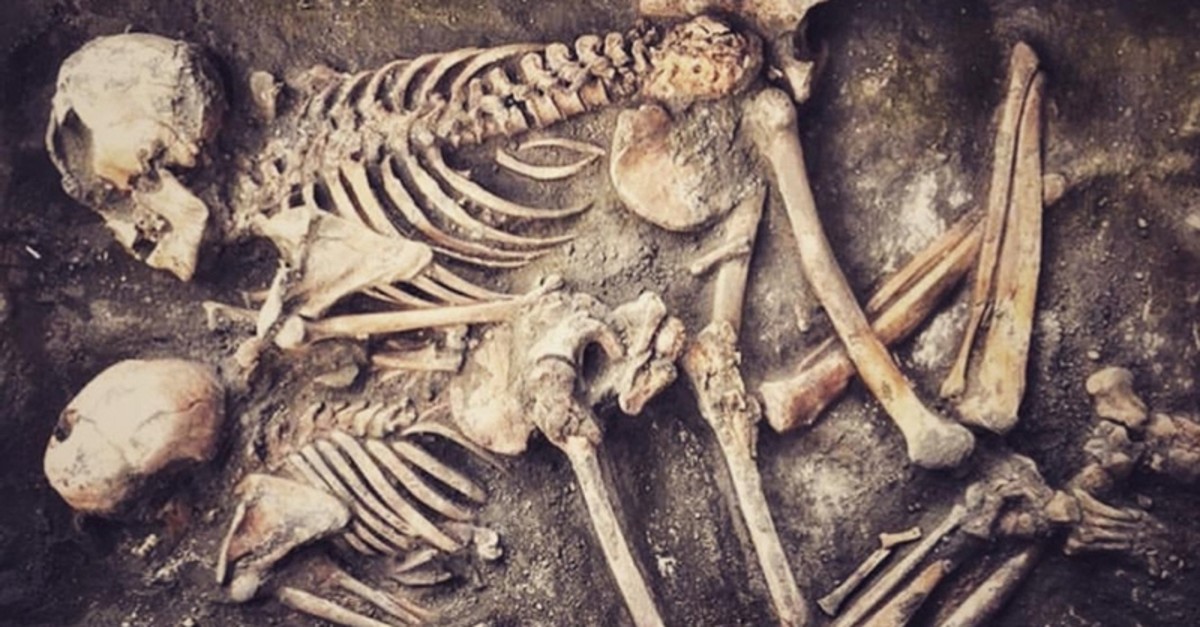 Human skeletons dating back some 5,000 years were unearthed during excavation works in central Turkey's Eskişehir province.

Two skeletons — one presumably of a 13-year-old girl and another of a man in late 30s — were discovered in Eskişehir's oldest town, Küllüoba.

Researchers believe the two possibly relatives died for the same reason as they were both buried in the same sarcophagus in approximately 3,000 B.C.

Head of the excavations Murat Türkteki said thorough analyses will be conducted on the discovered human remains.

Excavations in Early Bronze Age settlement Küllüoba located in Eskişehir's historic Seyitgazi district have been carried out since 1996.