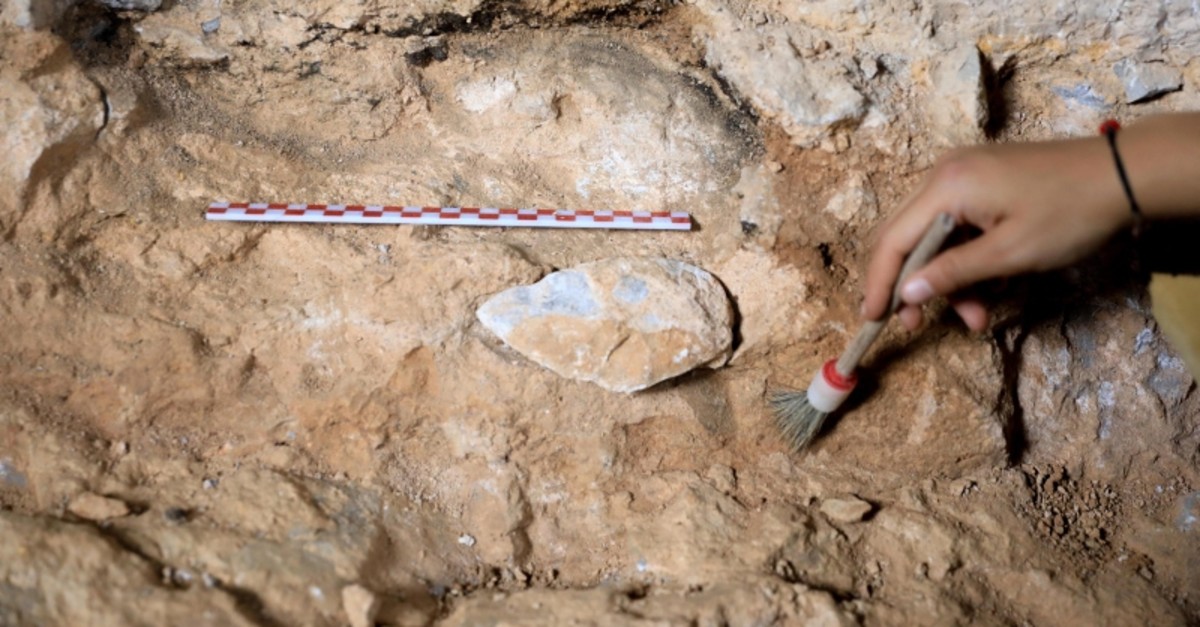 The Paleolithic archaeological site is located at Yağca village, 27 kilometers (17 miles) northwest of the Mediterranean resort city of Antalya.

Harun Taşkıran, a professor in the Department of Archeology at Ankara University, said they found a sharp, two-sided ax, about the size of a human hand, in the middle Paleolithic era layers of the cave during the excavation process.

He said that the ax must have been used for hunting. Another similar ax was found in the same cave last year.

The presence of axs and tools concludes that the cave was a living space where ancient people were making tools. It also shows that the ancient people had discovered fire and were separating the flesh of animals that they hunted.

Taşkıran says that the remains of hippopotamuses, rhinoceroses, elephants and Homo neanderthalensis (archaic humans) were also found in the cave.

In 2016, archaeologists in Australia discovered the remains of a polished Stone Age tool believed to have been made almost 50,000 years ago.
RELATED TOPICS