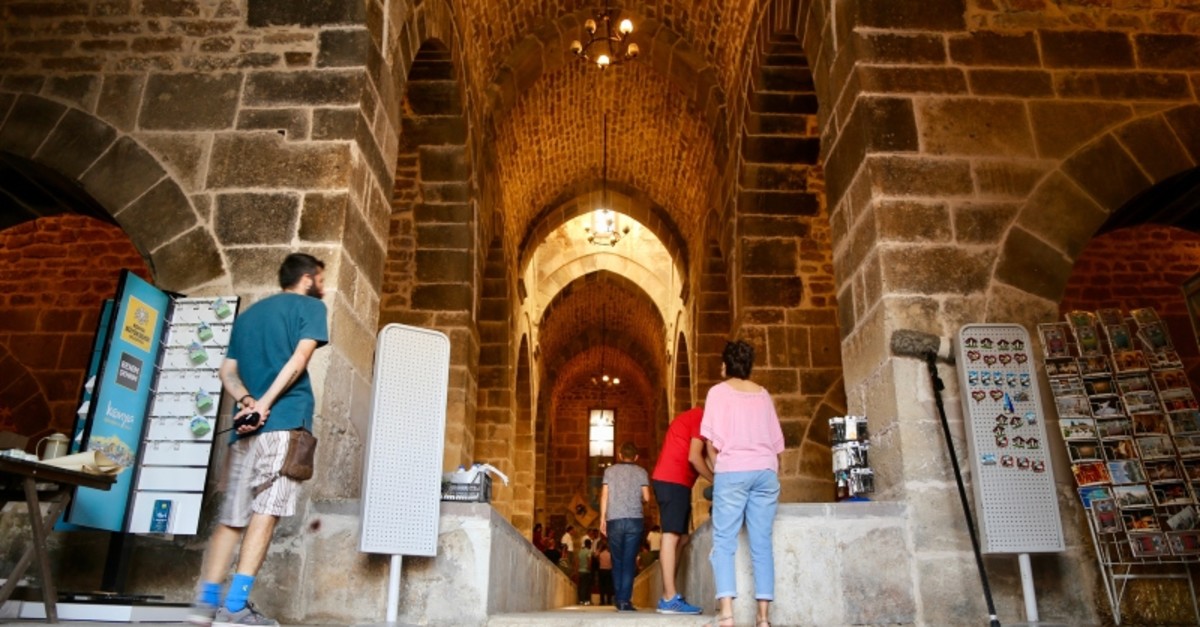 Restoration of the largest caravansary built during the Anatolian Seljuks era is completed, and the historical attraction now awaits local and international tourists.

Located 22-kilometers (13-miles) away from central Konya province, Zazadin caravansary stands as one of the most significant constructions of the era.

Regarded as one of the most notable commercial checkpoints of the era, construction of the caravansary was completed in 1237 under the rule of Giyaseddin Keyhusrev II, a Seljuk Turk sultan, according to the historical documents.

Decorated with Seljuks-style ornaments, the caravansary was a common stop for the travelers back then. It has a total of 24 rooms, a bath, a warehouse and stables.

With dark and light brown hand-cut stones on its walls, the caravansary takes its visitors back to the Seljuks era and fascinates local and international tourists.

Hikmet Çetiner, a tourism operator, told Anadolu Agency that the historical building was once "forgotten", but it was brought back to the country's cultural agenda in 2007 and now welcomes tourists following completion of its restoration.

"It is viewed as one of the most significant Seljuks artifacts in Turkey. Aiming to transform it into an important destination, we turned the caravansary into a living Seljuks museum, and opened its doors to tourism," Cetiner said.

The visitors enjoyed authentic objects and designs reflecting the Seljuks period, he added.

Ibrahim Genç, head of Konya's directorate general for foundations, said it was a source of pride for him to bring this ancient artifact into country's tourism.

"It is an important destination among the historical and touristic locations of Konya province. I hope it draws the attention it deserves," Genç added.