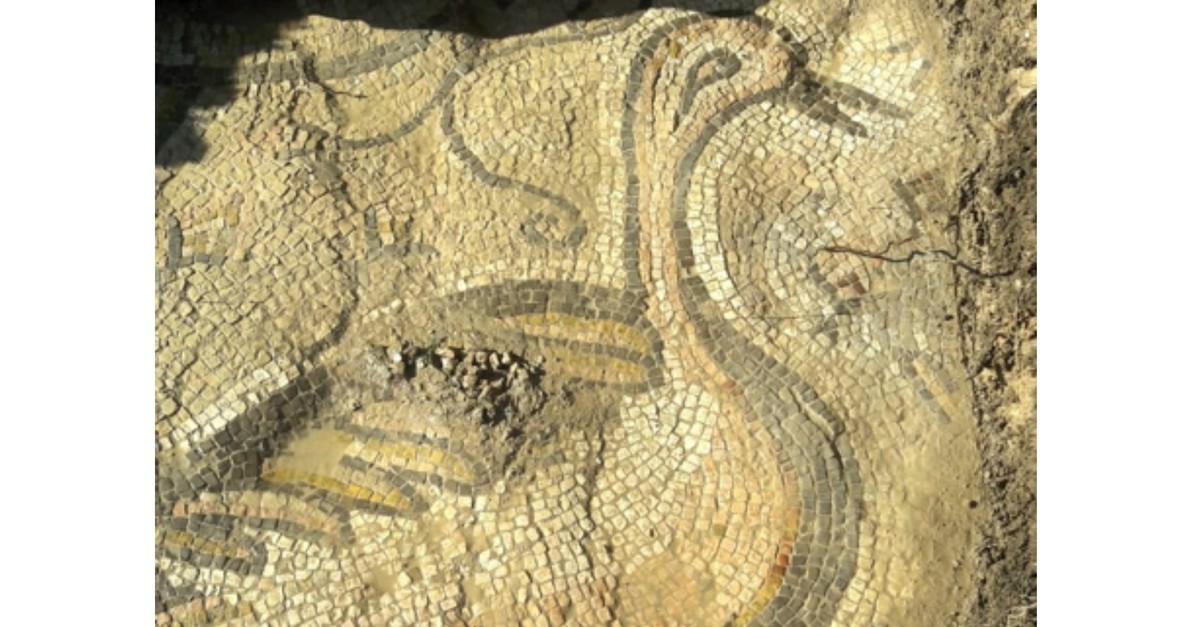 The farmer found the mosaic bearing a bird figure while he was working on his field located near the rural areas of Güneykaş village of Besni district.

After stumbling upon the ancient art, locals contacted the gendarmerie to inform them about the discovery.

Officials from the provincial directorate of museums will now conduct a rescue excavation in the area. Archeologists have not yet pinpointed the exact origins of the mosaic, but estimate that it is from the 5th century A.D. and covers a much larger area.

The Regional Council for the Protection of Cultural Heritage in Şanlıurfa will also monitor the digs, and launch the necessary procedures to ensure the historical mosaic is registered and preserved.

There have been previous discoveries regarding mosaics or ancient artifacts in the city, either by locals or archeologists.

One of the fastest-growing cities in Turkey, Adıyaman's history dates back to 40,000 B.C. It was inhabited by ancient civilizations, including Assyrians, Persians, Macedonians, Romans, and Byzantines.

The history of mosaics dates back to Mesopotamia, considered to be one of the earliest civilizations in the world. They have especially been used throughout basilicas in Ancient Greece and Rome as a form of decoration.