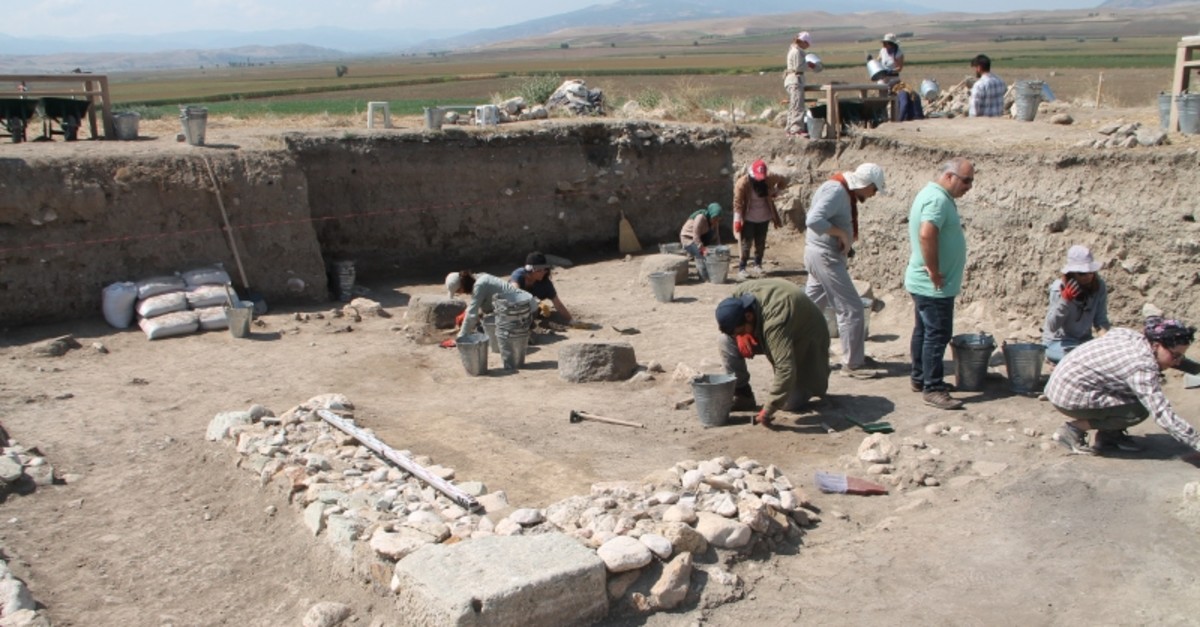 Archaeologists have discovered a 2,500-year-old post office from the Persian civilization during excavations at the Oluz Höyük settlement mound in the village of Toklucak in Turkey's Black Sea province of Amasya.

Professor Şevket Dönmez, who is an academic at Istanbul University's Archaeology Department and who leads the excavations said their excavations in the past four years focused on the Persian period layer of the mound.

"A monumental road leading to a sanctuary and a linked hall with pillars have been discovered in the excavations," Professor Dönmez said, noting that from a design perspective, the road marks the first time such a detailed design from the Iron Age Anatolia was unearthed.

Dönmez noted that the architecture centered on a fire temple, which means that the Persians replaced the religion of their predecessors, —the Greeks-.

Zoroastrianism, one of the world's oldest extant religions, is believed to have originated from the prophet Zoroaster in what is now present-day Iran. The discovery of a temple for fire worship suggests the religion was present in Anatolia, as well.

The "pillared hall" became the center of this year's excavations, as archaeologists believe the structure, located just a meter away from the fire temple, served as a post office for the Persians.

"The Persians are the first civilization to bring the postal system to Anatolia," Dönmez said and added: "They had a vast empire stretching from Greece to Central Asia and Egypt and administered the empire through governors. They had to somehow make sure that they sent the right news and intelligence from the capital to the periphery and established various road systems throughout their borders."

Dönmez claimed the Persians designated specific locations to set up post offices, where they had well-rested horses and couriers to deliver important news across the empire, and the pillared hall unearthed during the excavations is one of these post offices.

Excavations at Oluz Höyük started in 2007, after the site was first discovered during surface research near Toklucak in 1999.

Archaeologists have unearthed a total of 10 settlements in the mound in the excavations.

Five academics from five different universities, three archaeologists and 15 archaeology and architectural restoration interns are taking part in the excavations that will continue until September.