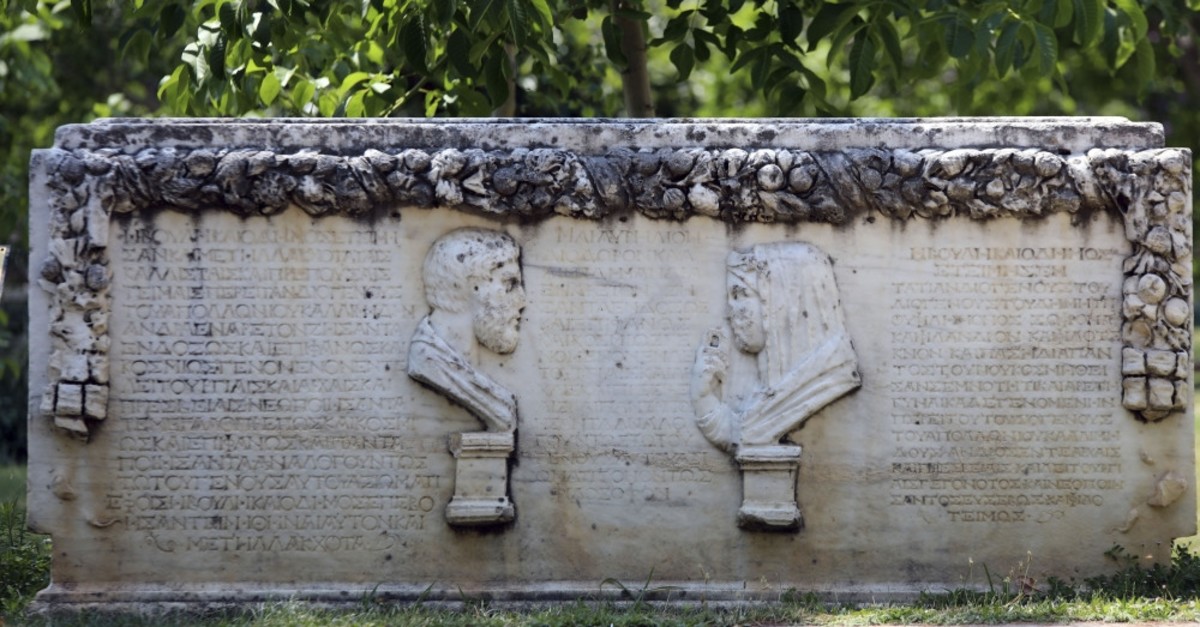 Roman Emperor Diocletian's Edict on maximum prices, which was discovered in the ancient city of Aphrodisias in western Anatolia, will soon be opened to visitors following restoration.

The 1,718-year-old edict lists maximum prices for more than 1,400 items, including goods and services, on the walls of a basilica.

Excavation and restoration work in Aphrodisias, located in the Karacasulu district of Aydın, is one of the best-preserved ancient cities of the Roman period.

Professor Roland R.R. Smith of Oxford University and his team have carried out archaeological work at the site for the last 29 years.

Deemed as one of the best sculpture centers of the period, Aphrodisias stands out with its numerous structures, including a stadium, a Sebasteion temple, Turkish bath, ancient theater, giant city pool and Tetrapylon gate, which reflect the glory of the Roman period.

Smith said they had an exciting season in the city and that they were in the second year of a five-year project on the Diocletian-era Edict on maximum prices. He noted that Diocletian published the 1,400-item edict in order to control inflation, the supply of raw material and products as well as the services sector. The edict was engraved on the front facade of the Civil Basilica. although parts of it were lost with the demolition of the basilica, recent excavations revealed some fragments of the edict.

The current project aims to combine these pieces and re-build the structure. Smith said this is a unique piece of archaeological history. "The edict of Diocletian was published in many Roman cities, but there are no other with 1,400 items," he said.

"The price edict was written by Emperor Diocletian on this front in 301. Our first aim is to reconstruct this facade and open the indoor area of the structure for visitors so they can observe the edict. One interesting characteristic of this edict is it contains the prices for all 1,400 product and service items used throughout the Roman Empire. For example, the travel fee from Alexandria to Rome, the price of an ostrich, or the price of a rabbit fur are all in this edict. Thanks to the project Diocletian's edict will be exhibited for the first time in the world," said Smith.

The edict was engraved with great workmanship and the most important feature of the existing structure is its use of detailed technique, examinations and calculations.

"This can tell us how an edict master works. They calculated how they can fit 1,400 items there," added Smith.

He also underlined that far more pieces are found in Aphrodisias than in other ancient cities and that the edict was published in Latin or Greek according to the spoken language. The example found in Aphrodisias is in Greek. The full text of the edict will be displayed in Latin, English and Turkish. "We will get a clearer idea of the social and economic life of that period," noted Smith.