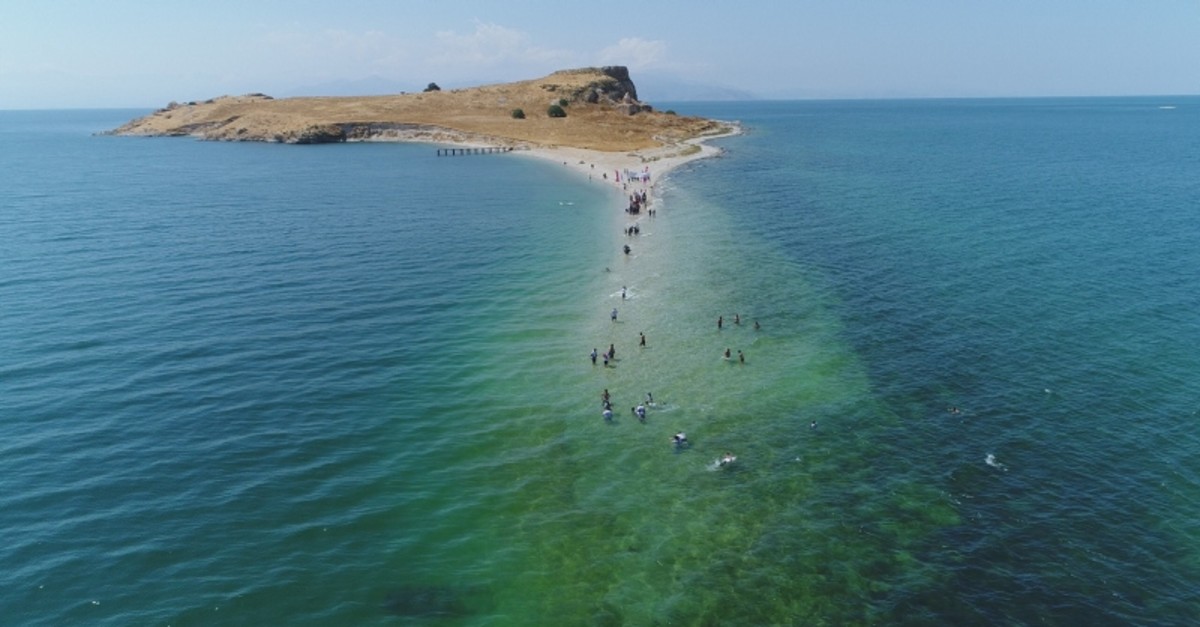 A group of swimmers crossed the ancient underwater way to reach an island in eastern Turkey to draw attention to the historical and environmental heritage in the region, reports said Saturday.

It took 50 swimmers, including divers, around two hours to reach the Çarpanak Island in Lake Van. 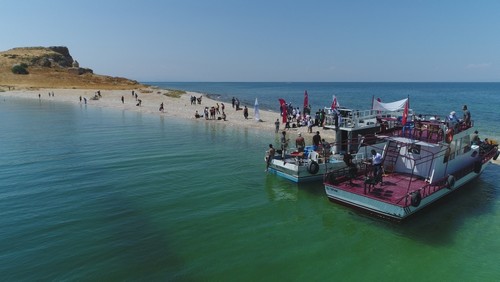 Tuşba Mayor Salih Akman told reporters that they are planning to open the historic monastery on Çarpanak Island to tourism.

"Throughout the way we've been through different artifacts under the water," Özel said, adding that they want to raise awareness about Lake Van and its historical and natural heritage.