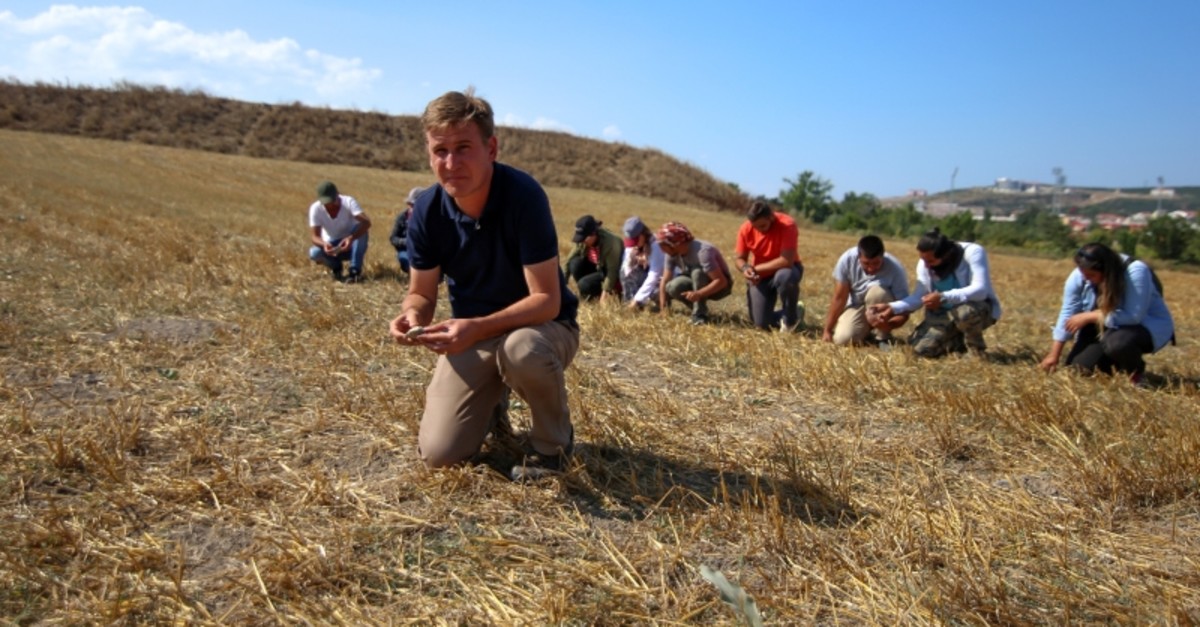 Recent findings in the 8,000-year-old Tavşanlı settlement mound in central Turkey's Kütahya province suggest that the region may have served as an important commercial center almost 5,000 years ago.

The archaeological works in the area which were initially launched with the cooperation of Turkish Historical Society, Bilecik Şeyh Edebali University and Switzerland-based Luwian Studies have revealed mine slags consisting of copper and silver waste along with potteries and weaving tools.

Associate Professor Erkan Fidan, who leads the fieldwork, told Anadolu Agency that the history of the ancient settlement dates back to 6000 B.C., which is the oldest known settlement in Kütahya province, shedding light on the beginning of the settlements in the area.

Saying that the size of the settlement, which is approximately 50 hectares wide, shows that the region is a production area, Fidan noted that copper and silver found during the examination of the mine slag in the region suggests the same thing.

He said that Tavşanlı settlement mound may be an important center for the supply, production and subsequent shipment of the mine.

"Pottery and hand tools used in weaving were also found during the research, which shows that the production in the settlement was not limited to mining," Fidan added.

"Traces of intense production suggest that surplus products were shipped to neighboring regions for trade. This shows that trade started in the Tavşanlı area 4,000 to 5,000 years ago," Fidan noted.

Fidan also said that researchers believe such an important city should have been surrounded by strong walls, adding that they will clarify this after the georadar study.