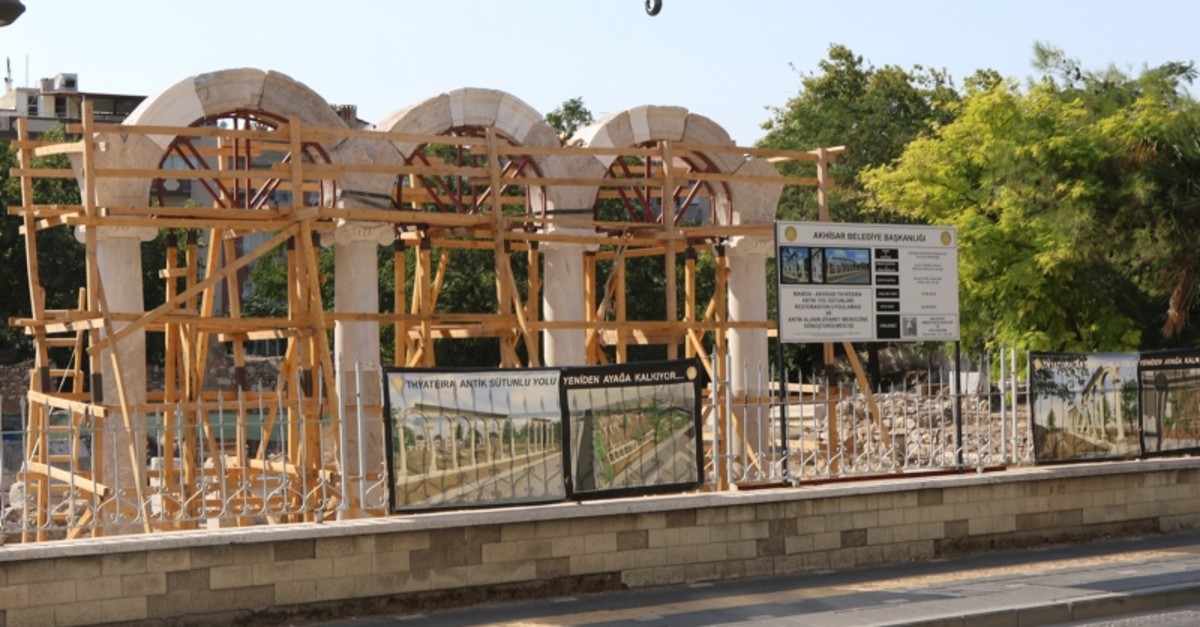 Archaeologists have unearthed an ancient temple dating back to the Hellenistic era in ongoing excavations in the ancient city of Thyateira in western Turkey's Manisa province, the local municipality said in a statement Thursday.

The excavations were launched eight years ago in the ancient city of Thyateira — also known as "Pelopia" in Greek — located in Akhisar district.

The newly discovered 500-square meters temple has a rectangular plan and bears the traces of Ionian architecture, the statement said.

Professor Engin Akdeniz from the Archaeology Department of Adnan Menderes University, who leads the excavations, said in the statement that the temple is located at the top of an area called the Hospital Settlement Mound. The area had also been used as a cemetery for some time.

He noted that a small number of pieces belonging to Byzantine architecture were found in the uncovered tombs in the area along with the fragments of the temple.

Professor Akdeniz added that there was a settlement at the top of the mound, which is believed to be dating back to the 10th century A.D. but the settlement did not last long.