Boncuklu Höyük, the predecessor of Çatalhöyük 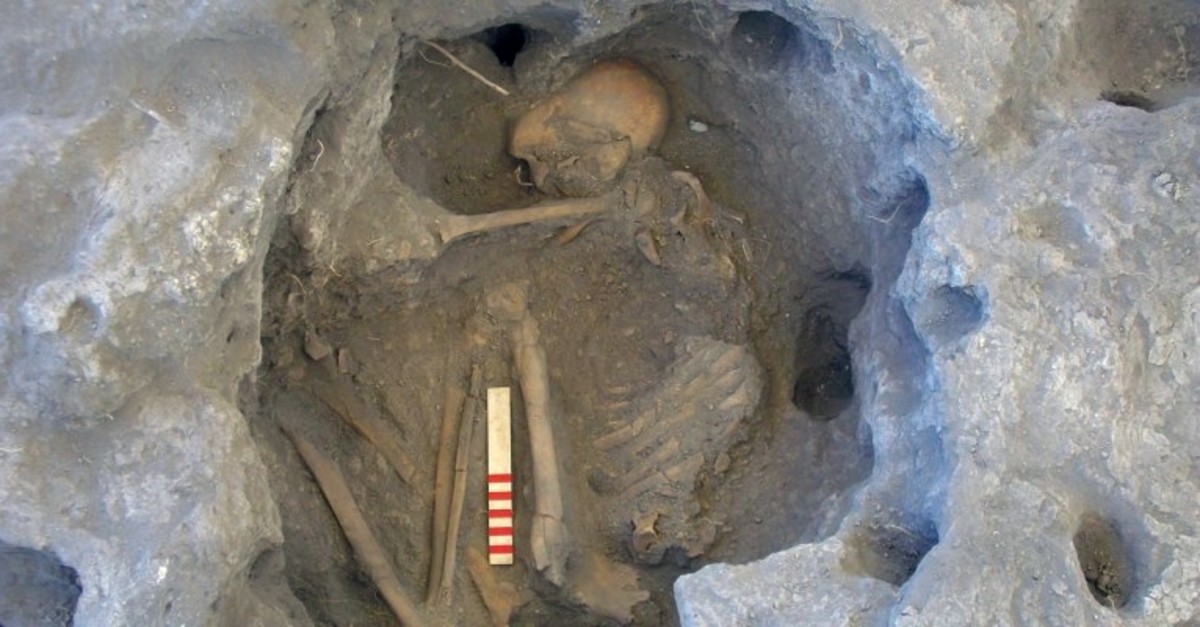 Findings show that the society in Boncuklu Hu00f6yu00fck gradually moved toward southeastern Europe.
by Anadolu Agency Sep 06, 2019 12:18 am

A group of 60 archaeologists, led by the University of Liverpool's Douglas Baird, is carrying out excavations at Boncuklu Höyük, a 10,000-year-old tumulus in the Karatay district of central Turkey's Konya.

It is located just 9 kilometers away from the UNESCO World Heritage Site Çatalhöyük, one of the oldest human settlements in the world. Both Boncuklu Höyük and Çatalhöyük are part of a cluster of sites dating between 13,000 and 6,000 years ago on and near the Konya Plain.

Baird said they have carried out excavations at four different sites this year. "We have been working here for a long time. We examine all findings, including animal and agricultural remains, in detail. We have so far learned that grains, like wheat, green pea and lentil, were used here 10,000 years ago. We also found evidence of sheep domestication, which is different from Çatalhöyük," he said.

"Boncuklu Höyük saw less agricultural activities than Çatalhöyük. But its architecture and layout tell us that it was established at least 1,000 years before Çatalhöyük. We can say this site was the predecessor of Çatalhöyük," Baird added.

Baird said Boncuklu Höyük's history dates back to ancient times. "This place was home to one of the oldest civilizations in the world. This is why it draws the attention of many archaeologists from around the world.

For archaeologists, Konya is an important location because of Çatalhöyük, which is considered to be the cradle of agricultural activities. "Our works at Boncuklu Höyük will shed light on the civilization here. We have discovered that some 10,300 years ago, people here dug a hole in a separate area to use as toilets," he said.

"We have compared the DNA samples found here with the ones found in ancient sites in Europe. We have reasons to believe that the society in Boncuklu Höyük gradually moved toward southeastern Europe. We think they went to Europe to trade agricultural products. There are some traces of adobe walls and the structures are oval-shaped. We have also found remains of large mammals, fish and aquatic birds. The region was pretty wet and was covered by swamps and lakes."

Baird said they have also come across many architectural works during the excavation. "Houses built in Boncuklu Höyük were independent of each other. There are some areas for daily activities and cooking. There is a common kitchen area, as well. It shows that people had interactions with each other in the social aspect. It is an interesting section. We have also found some detailed information about the belief system of the people. They imprint the skulls of some animals, including aurochs, on the walls. We have found dead bodies buried inside the houses. Besides, they also buried the dead in an outer area."

Karatay Mayor Hasan Kılca said Konya has a very old history. "The municipality supports archaeological works. We are working to develop the region and make environmental arrangements. This place can be a new tourist center. We think the number of visitors could increase by 20-30 times."

Provincial Director of Tourism and Culture Abdüssettar Yarar said the excavation site will be the shining star of the region in the upcoming years.