Ottoman-era works, Suleiman the Magnificent's tomb to be displayed in museum in Hungary 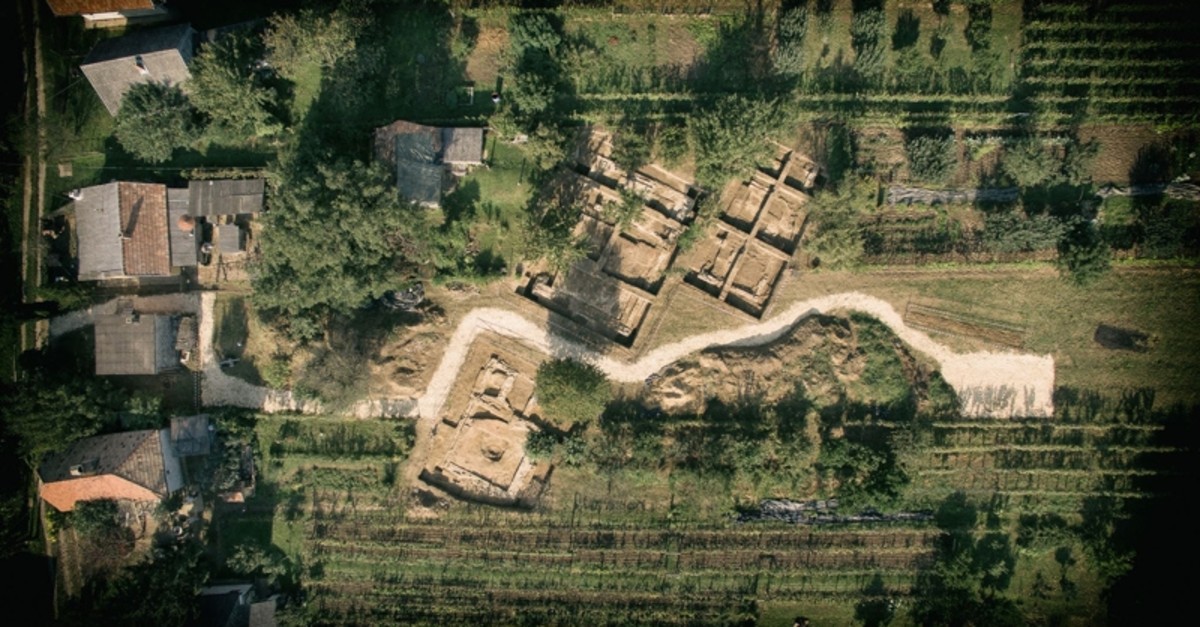 The area where the tomb of Ottoman Sultan Suleiman I was discovered in Hungary's Szigetvar town will be turned into an open air museum until the end of this year, officials said Friday.

The tomb of the Suleiman the Magnificent, who died on Sept. 7, 1566 during the besieging of Szigetvar, was unearthed during excavations by the Turkish Cooperation and Coordination Agency (TİKA). Digs in the area were launched after an agreement was reached with the Szigetvar Municipality in 2012.

During the excavations carried out within the scope of the agreement, archaeologists had also previously discovered a mosque that was built upon order of Ottoman vizier Sokollu Mehmed Pasha, the remnants of a dervish lodge near the mosque, and the remnants of a guesthouse within the lodge complex in 2016, 2017 and May 2019, respectively.

The findings from the excavations were displayed to the public in an exhibition in the Ottoman-established settlement Turbek.

TİKA Budapest Program Coordinator Seda Dağlı told Anadolu Agency that Suleiman the Magnificent, one of the most important emperors of the Ottoman Empire, was a leader who left his mark on world history.

Stating that the histories of both nations, Hungarians and Turks, were combined under the rule and name of Suleiman I, Dağlı noted that thanks to the meticulous works of Hungarian academics conducting studies on Turkish history and Turkology the traces of the Ottoman sultan as well as Sokollu Mehmed Pasha, another successful and influential statesman, could be tracked.

Dağlı stressed that excavations in Szigetvar also revealed significant Ottoman-era works in the socio-cultural, military and administrative fields, which would be passed on to future generations, adding: "The fact that our histories will be enriched by the products of this common cultural past established by the will of our ancestors gives us excitement and happiness."