2,000-year-old milestone used as table base in southern Turkey 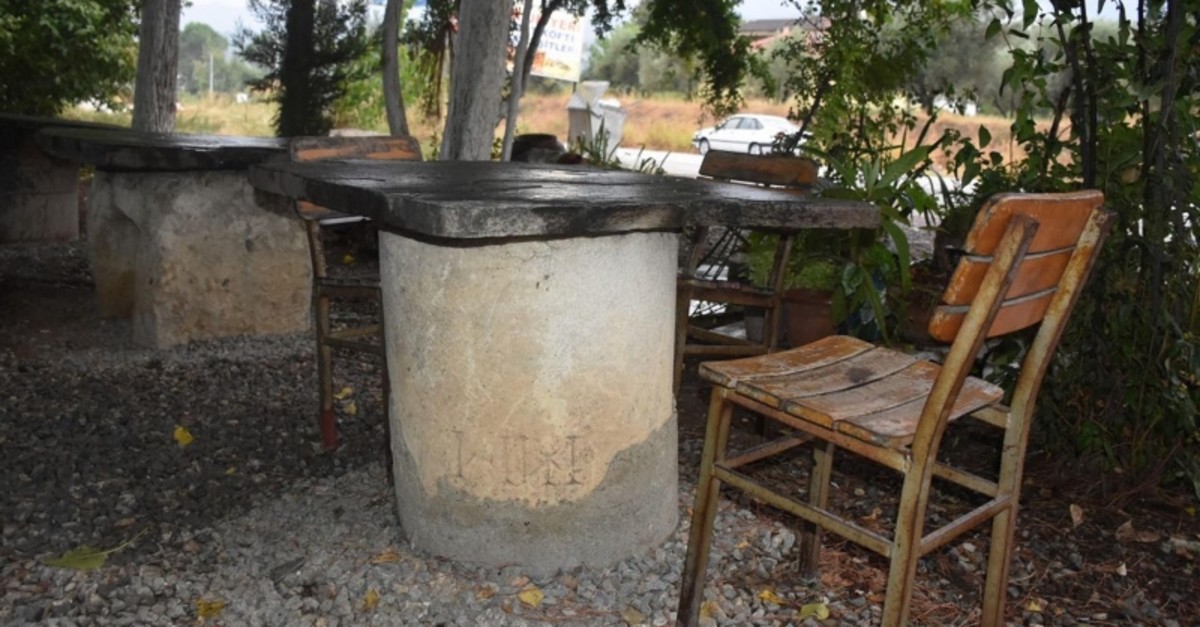 A 2,000-year-old milestone has been used as a base for a table in a coffee shop in Turkey's southern Aydın province for over three decades, reports said Wednesday.

The milestone was used along the Ancient Hellenistic City of Aphrodisias over 2,000 years ago.

The owner of the coffee shop Zeynel Şenler told the Demirören News Agency (DHA) that he placed the milestone in his shop 35 years ago and put a marble slab on it, as he claimed he was unaware of the stone's historical value.

Visitors drank tea and coffee, played backgammon and other board games on the 2,000-year-old artifact which served as a table.

Archeologist Umut Doğan, who works for the Museum of Aphrodisias reportedly saw the ancient Greek writing on the milestone and realized that it was a historical artifact.

Şenler reportedly agreed to give the milestone to the museum, where it will be displayed to visitors.

Located in Aydın's Karasu district, the ancient city of Aphrodisias, which dates back 7,000 years, reached the peak of its development in the Roman period. It is the most famous city dedicated to Aphrodite, the ancient Greek goddess of love and beauty.

Aphrodisias was once a center for sculpture art thanks to its sculpture school and nearby marble quarries. Now thousands of tourists every year come to see its unique statues, reliefs and still-standing structures uncovered through excavations.