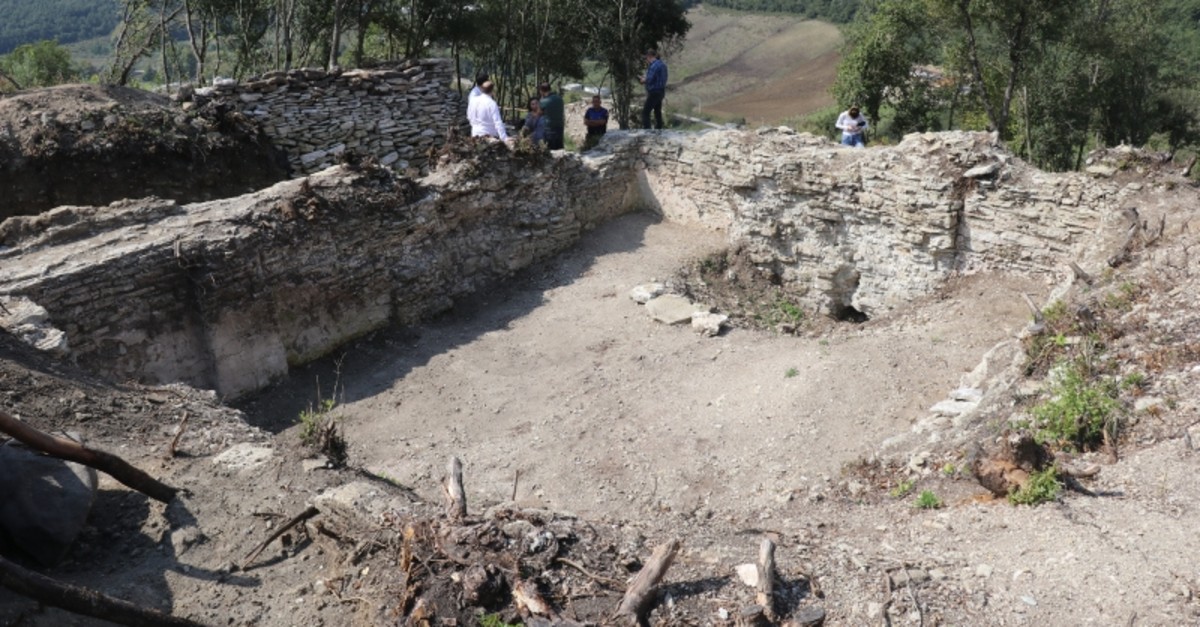 As Turkish academics and archaeologists continue digging deep in a historical site located in Çobankale castle of northwestern Yalova province, they unearth new historical artifacts, the latest of which is a centuries-old cistern.

Once part of the legendary Silk Road connecting Asia with Europe, Çobankale area hosted many civilizations over the course of history, including the Byzantines (Eastern Rome), the Seljuks and the Ottoman Empire.

The newly found cistern is believed to date back to the 10th century and built by the Byzantines to meet the residents' water demand.

Speaking to Anadolu Agency, academic Selçuk Seçkin -- head of the excavation team -- said they found the cistern after a two-year-long cleaning operation in the area.

"The cistern covers an area of 150-square-meters," he said, adding that they found many other ceramic materials at the historical site dating back to the same period.

Seçkin also said that Çobankale was one of the most significant castles in the region built after the tenth century, and hosted many other civilizations in the following centuries.

"It [castle] was seized by the Seljuks. Then the Crusaders dominated the area and owned it," he said, adding that the castle became the battleground in which Turkish people repelled Crusaders' attacks, which eventually made the castle worthy of enjoying a significant historical status.

The castle played an important role after it was captured by the Ottoman Empire, becoming a headquarter of the empire and helping its growth, he added.

Seçkin said he was upset that the castle was long-forgotten and it was deformed over time due to lack of interest, but added that this trend would change as they plan to start renovations soon.

The excavation team also found ceramic materials on top of which ancient people carved the symbol of octothorp, known as "hashtag" symbol in today's digitalized world