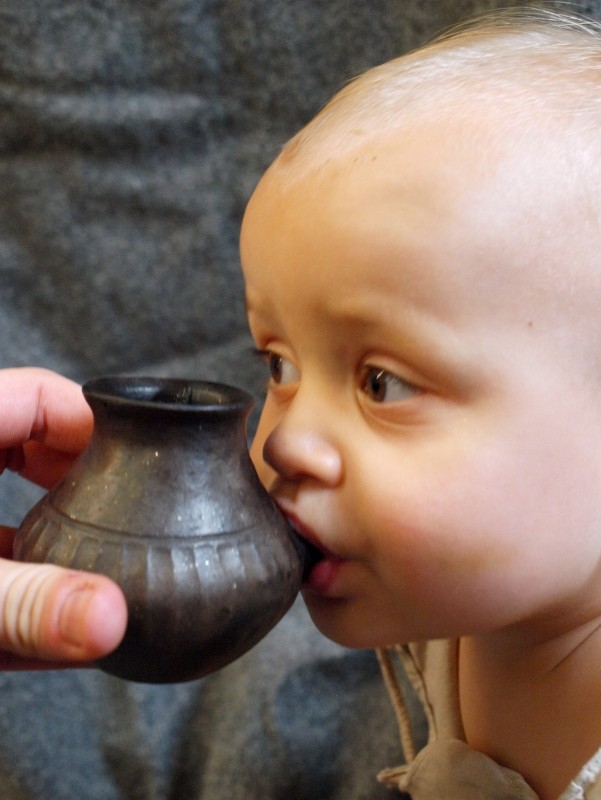 Ceramic vessels, sometimes fashioned in whimsical animal forms, were used thousands of years ago as baby bottles to feed infants animal milk, according to scientists, offering an intriguing look at how and what infants were fed in prehistoric times.

Archeologists said on Wednesday they confirmed the function of these ceramic objects by finding chemical traces of milk belonging to animals such as cows, sheep and goats in three such items found buried in child graves in Germany. 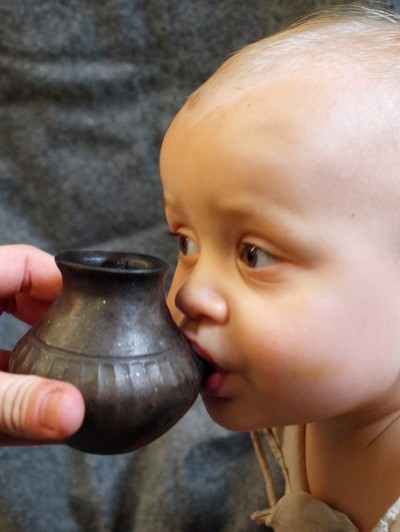 A baby is shown feeding from a reconstructed infant feeding vessel of the type investigated in research detailing prehistoric ceramic vessels that functioned as baby bottles in this image released on September 25, 2019. (Reuters Photo)

The oldest of the three vessels described in the study was made between 2,800 and 3,200 years ago during the Bronze Age. Other similar objects dating back as far as about 7,000 years ago during Neolithic times have been found in various other locations, the researchers said.

"I think this has provided us the first direct evidence of what foods baby were eating or being weaned on to in prehistory," said biomolecular archeologist Julie Dunne of the University of Bristol in Britain, lead author of the study published in the journal Nature. "I think this shows us the love and care these prehistoric people had for their babies."

These objects, little enough to fit into a baby's hands, served as vessels for milk, with a narrow spout for the baby to suckle liquid. While the three objects examined for the study were somewhat plain, others boasted lively shapes including animal heads with long ears or horns and human-looking feet.

"I find them incredibly cute. And prehistoric people may have thought so, too – they would certainly have a dual function of entertaining the children just like modern stuffed animals," said archeologist Katharina Rebay-Salisbury of the Institute for Oriental and European Archeology of the Austrian Academy of Sciences, a study co-author.

"They testify to the creativity and playfulness we often forget to attribute to our ancestors," Rebay-Salisbury added.

Life at the time was not easy, Rebay-Salisbury added, with many people living in unhygienic conditions, experiencing famine and disease and facing low life expectancy. During the Bronze Age and subsequent Iron Age in Europe, perhaps about a third of all newborns died before their first birthday and only about half of children reached adulthood, Rebay-Salisbury said.

These feeding vessels may have made life easier for mothers, as animal milk could substitute for breastfeeding, the researchers said. "Duties of mothering - amongst which feeding is an important one - can also be undertaken by other members of the community when children are fed with feeding vessels," Rebay-Salisbury said.