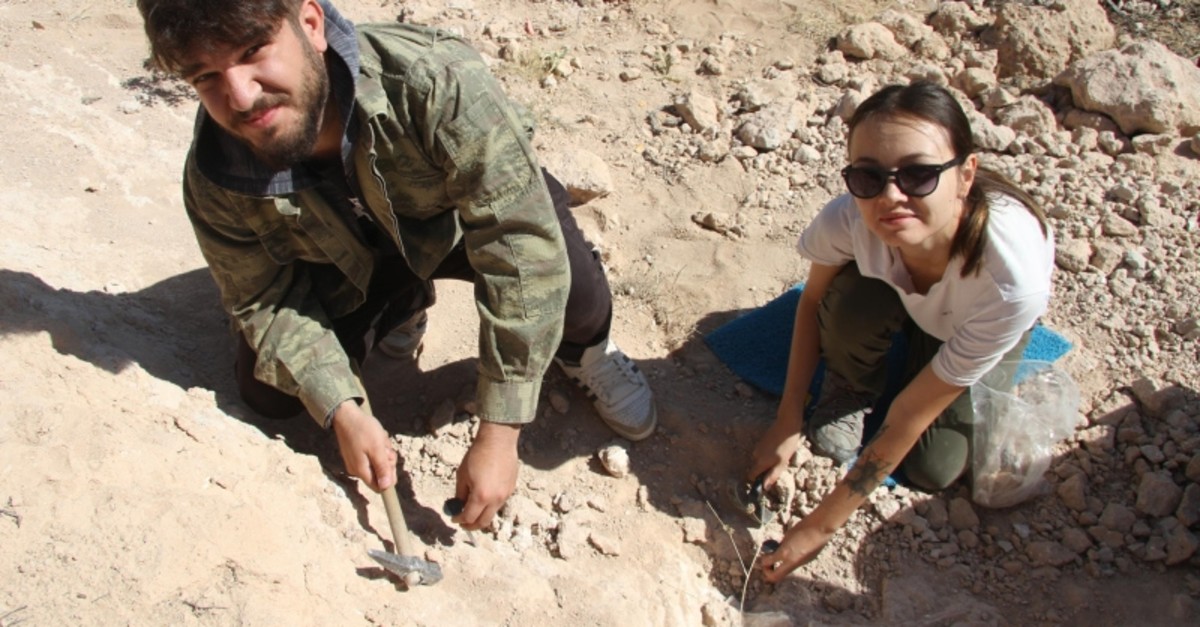 The fossils discovered belong to a variety of animals including a tricorn horse, giraffe, rhinoceros and a species of bovidae and were discovered in the Barsama area, 70 kilometers (43.5 miles) southeast of an initial excavation site near the Yamula Dam.

Anthropologist Özge Kahya from Ankara University's paleoanthropology department said that the excavations show that the area used to be forested.

The excavation works in the area, which is rich in fossils, were initially started 15 days ago and will continue.

Excavations near the Yamula Dam were launched two years ago after a shepherd discovered another animal fossil in the area. Most of the fossils discovered in the area include skulls and jawbones belonging to elephants.

The Kayseri Metropolitan Municipality plans to open the area to visitors after completing the first phase of excavations.