Secrets of early civilizations to be revealed at Hasankeyf Museum 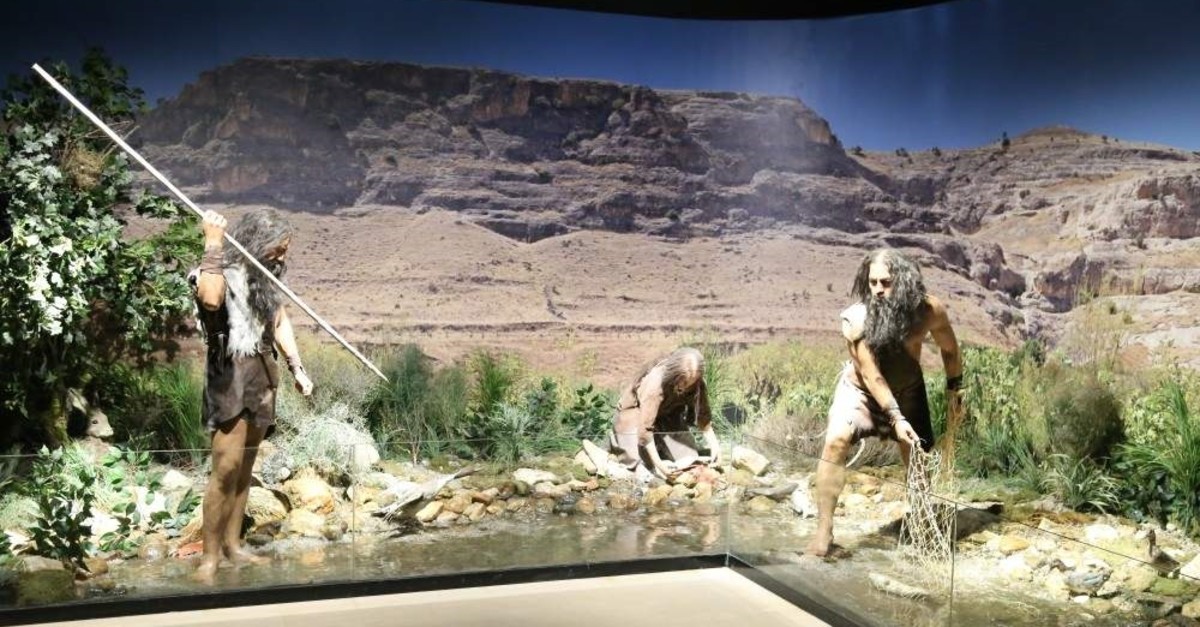 Hasankeyf Museum displays wax models to demonstrate what everyday life was like thousands of years ago. (AA Photo)
by Anadolu Agency Oct 24, 2019 2:29 pm

A museum in southeastern Turkey's Batman province hosts some of the most compelling treasures from the early ages of civilization.
Hasankeyf Museum, which opened recently, holds 1,453 works belonging to the Paleolithic, Neolithic, Chalcolithic, Bronze, Iron and Middle ages and the Roman, Artuqid and Ottoman periods from five different cities: Batman, Mardin, Siirt, Şırnak and Diyarbakır.
By next year, over 4,000 artifacts will be exhibited at the museum. They will be displayed in chronological order with visual animations that will take visitors back in time. Life-sized wax sculptures will show visitors how cavemen lived on the banks of the Tigris river. The museum will also house a cafeteria, foyer, conference hall, library and children's area. The museum will be accessible by a bridge as well as by boat.
"We have transferred many works, especially from the old settlement area of Hasankeyf, to a newer archaeology park. Miniature models of these works will be displayed at the museum," said Ali Riza Altunel, deputy director general of cultural heritage.
Hasankeyf, 32 kilometers southeast of the provincial capital Batman, was declared a conservation area in 1981. There are nearly 6,000 caves around the town that provide insight into the Christian and Muslim civilizations that inhabited the region. It also features a Byzantine fortress.
The museum includes artifacts excavated by teams from Ilısu Dam, a project that will generate electricity for southeastern Turkey. As teams started filling the dam downstream, the historic city of Hasankeyf had to be evacuated.
Last Update: Dec 20, 2019 1:12 am
RELATED TOPICS