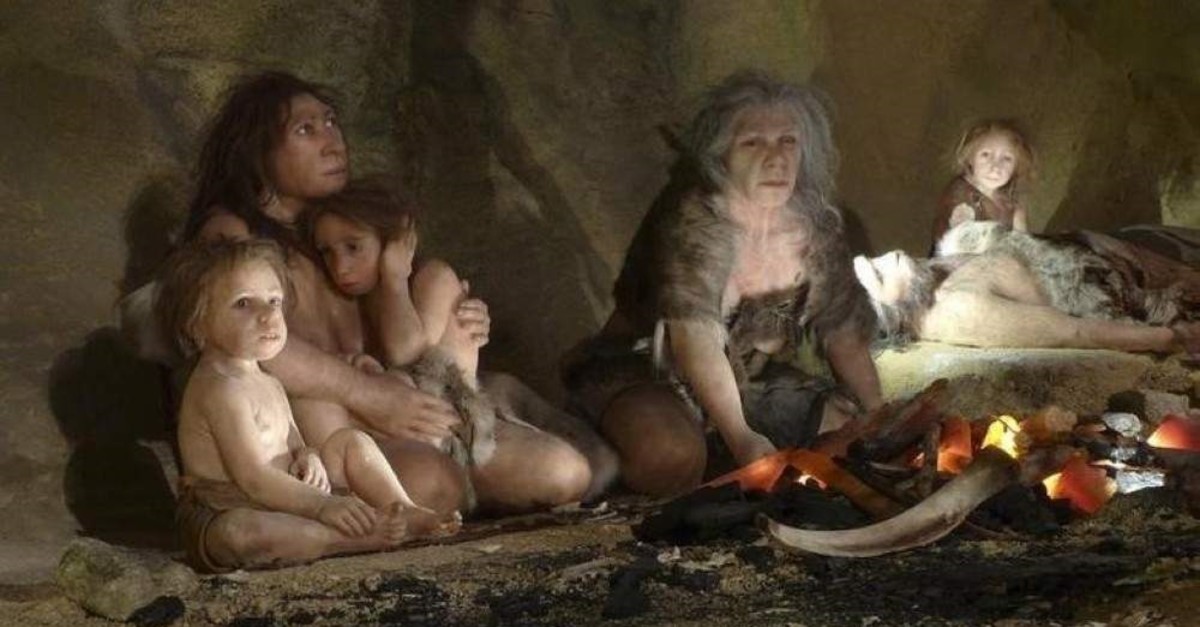 An exhibit depicting the life of a Neanderthal family in a cave in the new Neanderthal Museum, Croatia. (REUTERS)
by Oct 29, 2019 3:50 pm

A large ancient wetland region spanning northern Botswana once teeming with life but now dominated by desert and salt flats may be the ancestral homeland of all of the 7.7 billion people on Earth today, researchers said earlier this week.
Their study, guided by maternal DNA data from more than 1,200 people indigenous to southern Africa, proposed a central role for this region in the early history of humankind starting 200,000 years ago, nurturing our species for 70,000 years before climate changes paved the way for the first migrations.
A lake that at the time was Africa's largest – twice as large as Lake Victoria – gave rise to the ancient wetlands covering the Greater Zambezi river basin that includes northern Botswana into Namibia to the west and Zimbabwe to the east, the researchers said. It has been long established that Homo sapiens originated somewhere in Africa before later spreading worldwide.
"But what we hadn't known until this study was where exactly this homeland was," said geneticist Vanessa Hayes of the Garvan Institute of Medical Research and University of Sydney, who led the study published in the journal Nature.
The oldest-known Homo sapiens fossil evidence dates back more than 300,000 years from Morocco. The new study suggests that early members of our species as represented by the Morocco remains may not have left any ancestors living today, the researchers said.
"There is no contradiction between the presence of an early Homo sapiens-like skull in northern Africa, which may be from an extinct lineage, and the proposed southern African origin of the Homo sapiens lineages that are still alive," added study co-author Axel Timmermann, a climate physicist at Pusan National University in South Korea.
The ancient lake Makgadikgadi began to break up about 200,000 years ago, giving rise to a sprawling wetland region inhabited by human hunter-gatherers, the researchers said. "It can be viewed as a massive extension of today's Okavango Delta wetland area," Timmermann said.
Changes in Earth's axis and orbit caused climate, rainfall and vegetation shifts that set the stage for early migrations of this ancestral group of people away from the homeland region, first toward the northeast 130,000 years ago, then toward the southwest 110,000 years ago, Timmermann added. "Our study provides the first quantitative and well-dated evidence that astronomically driven climate changes in the past caused major human migration events, which then led to the development of genetic diversity and eventually cultural, ethnic and linguistic identity," Timmermann added.