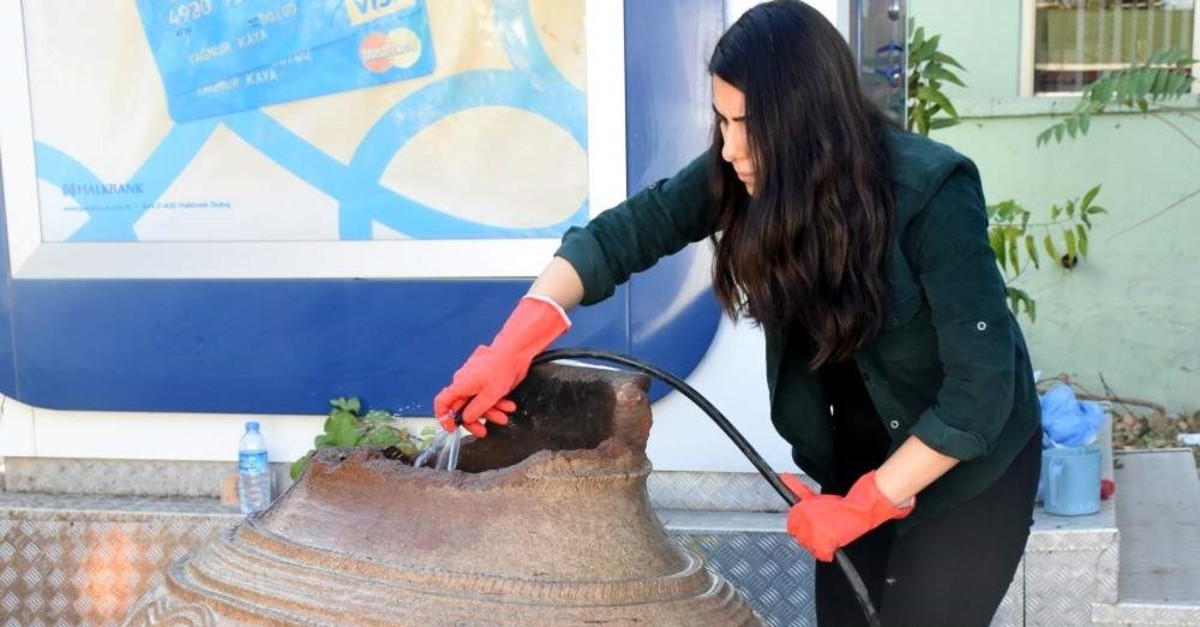 | AA Photo
by Daily Sabah Nov 14, 2019 4:04 pm
A farmer plowing his field in Turkey’s central Kırıkkale province discovered a giant ancient pithos jar from the Byzantine era.
The farmer, who lives in the Koçubaba village in Balışeyh district discovered the jar after his tractor got locked on the jar.
He immediately called the gendarmerie to inform officials about the find.
The jar, which was allegedly used to store food supply, was brought to the Kırıkkale Culture and Tourism Directorate after archaeologists extracted it.
“It was used as a cellar in the Byzantine era,” Kırıkkale Culture and Tourism Director Aydın Demiröz told Anadolu Agency, adding that it will be exhibited in the directorate headquarters.
Archaeologists in Turkey, which has historically been home to many civilizations, are not the only ones to frequently find significant historical artifacts throughout the country.
Construction workers, farmers and ordinary citizens come across invaluable ancient artifacts in all parts of the country.
Last Update: Dec 20, 2019 1:41 am
RELATED TOPICS