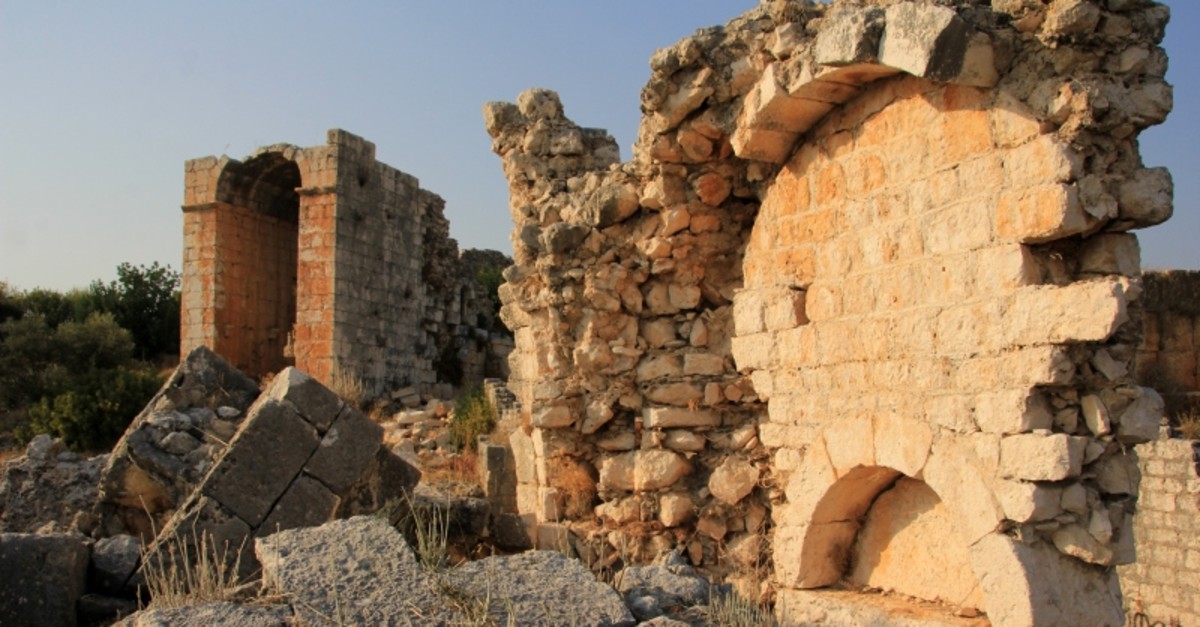 Archeologists have unearthed baths that were built between the 4th and 7th centuries A.D. during excavations on the ruins of the ancient city of Akkale located in Mersin, southern Turkey.

The baths belong to the Late Antiquity period, said Umut Aydınoğlu, an expert at Mersin University.

Excavations at the site in the southern province have been ongoing for the last three years.

"Akkale used to operate as a caravanserai for seafarers with its accommodations, baths, cisterns and warehouses.

"At the same time, sailors got their supply of fresh water from cisterns capable of storing seven million liters. We estimate that the bath was built between the 4th and 7th centuries A.D. and we are trying to discover the connection between the baths, the cistern and other structures nearby."

Akkale was a port administration complex of the Roman Empire built in the 4th century.