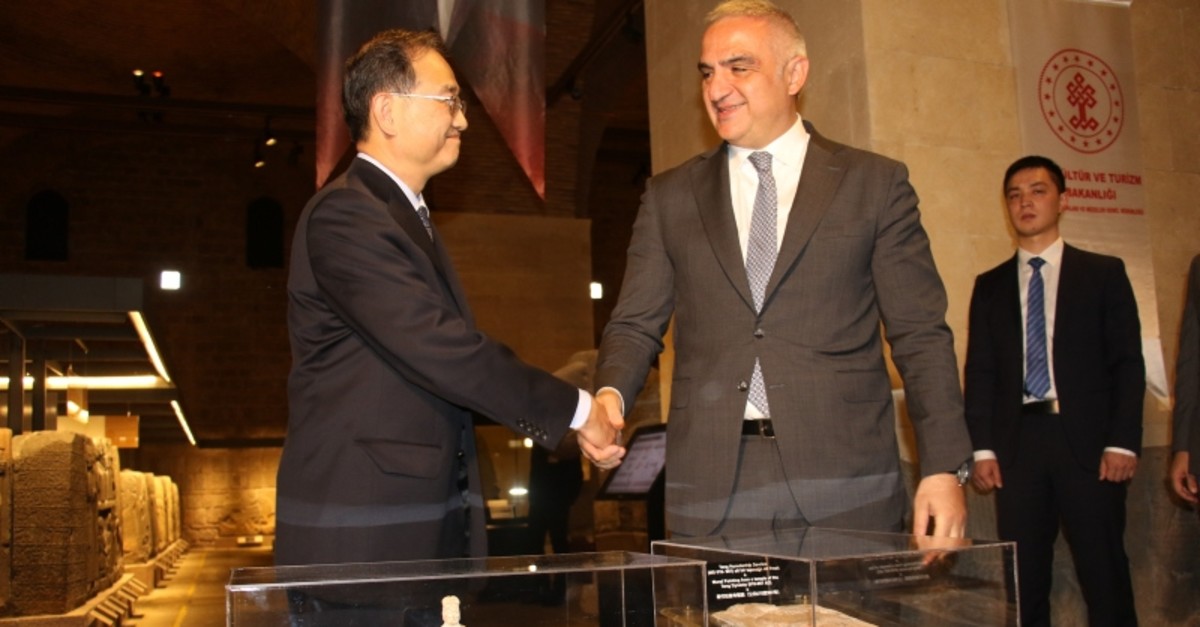 Turkey's Culture and Tourism Ministry has returned two heritage assets of China donated to a Turkish museum by a British citizen.

A ceremony was held at the Anatolia Civilizations Museum in the capital Ankara on Monday with the attendance of Culture and Tourism Minister Mehmet Nuri Ersoy and China's Ambassador to Ankara Deng Li.

Speaking at the ceremony, Ersoy said: "Each artifact is beautiful in its own lands, where it belongs, it is meaningful there. This is our respect for the essence of cultural assets."

Ersoy said Turkish authorities reached out to Chinese authorities after finding out that the artifacts belonged to them.

Ersoy also noted that the foreigner who donated the artifacts asked to remain anonymous. He had brought the assets to the Fethiye Museum in Muğla province of Turkey after finding it in his mother's house after her death.

Li thanked Turkey for the efforts to reinstate the cultural assets, adding that both countries have been cooperating on the issue of protecting cultural assets.

Following speeches from both sides, the return protocol was signed.