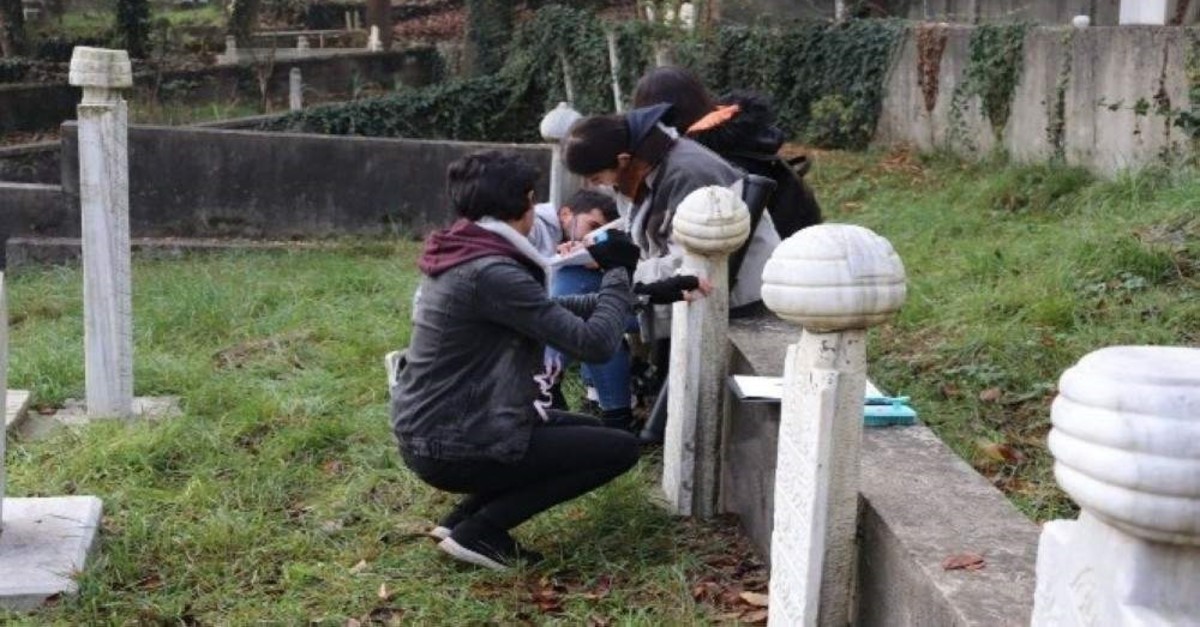 A group of researchers and students from Bart?n University will carry out field research and an academic study on the city's Ottoman-era gravestones. (IHA Photo)
by Daily Sabah Nov 26, 2019 6:45 pm

A group of researchers and students from the Arts History Department of Bartın University in northern Turkey’s Western Black Sea region will carry out field research and an academic study on gravestones from the Ottoman era.

The project has been initiated by Abdül Halim Varol of the History of Arts Department and will be conducted by students with the backing of Bartın municipality.

The field research will include a total of 17 cemeteries located in the city center, which are known for containing such historic artifacts.

Bartın Mayor Cermal Akın said that the Ottoman-era gravestones provide significant information thanks to both their structural features and the epitaphs found on them.

Akın said that it is possible to gain information on a person’s daily life, such as which occupations they had and which religious sects they belonged to, if any, through the shape of the gravestones, along with information such as the family names, the cause of death, nicknames and titles which can be discovered from epitaphs.

Researchers aim to gain more knowledge of the city’s cultural history through the project, which will harness various methods to determine the city’s importance within the context of Turkish and Islamic art.

The study will involve measuring and photographing each of the artifacts, along with computer-supported drawings and the Latinization and the translation of the epitaphs.