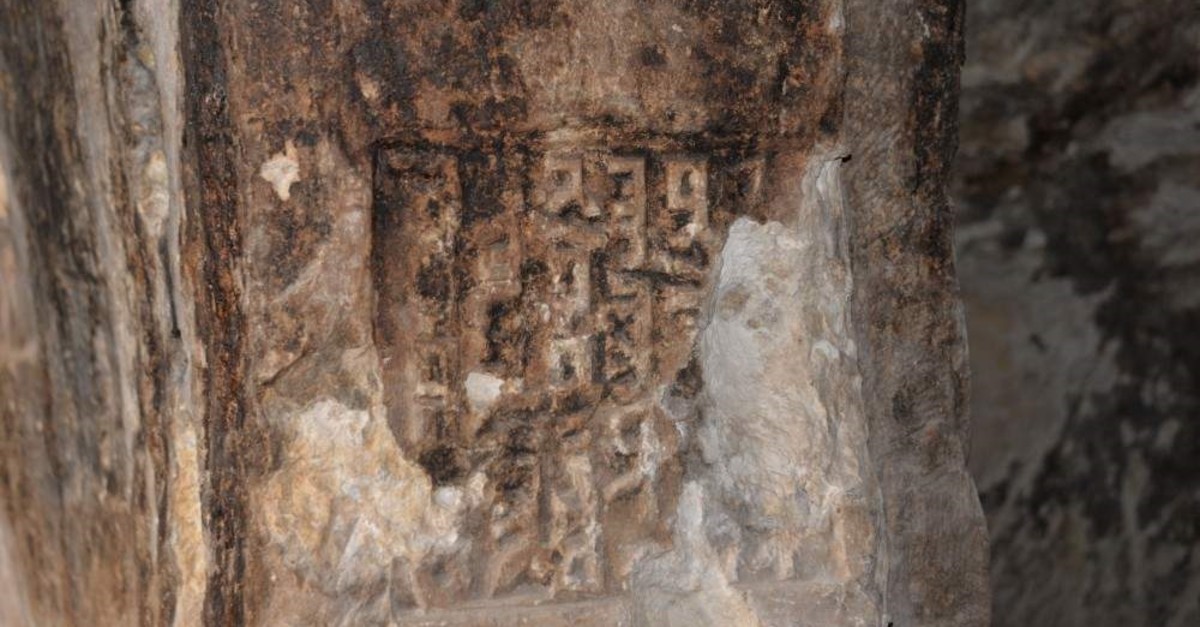 Two ancient epitaphs inscribed in Syriac were discovered in a tomb located next to the historical Hasuni Caves in the southeastern Turkish province of Diyarbakır.

The epitaphs were found during studies carried out with the approval of the Ministry of Culture and Tourism in Diyarbakır’s Silvan district. According to Dicle University faculty member leading the study, İrfan Yıldız, it was the first discovery of its kind in Turkey, as epitaphs featuring this particular dialect, which draws from the ancient Aramaic language, have never been in stone tombs before in the country.

Yıldız said that the gravestone belonged to a priest named Monoha. The script was confirmed as authentic by the Patriarch of Mardin’s Mor Behnam Church (Kırklar Kilisesi) Gabriel Akyüz.

“It records that a priest called Monoha is buried here and that everyone who reads the inscription should pray for him,” he said.

Yıldız added that they would carry out further research to identify the origin of the discovered gravestone and the tomb where it was found. “We don't know exactly when this tomb was built, but from a first glance at the ruins and epitaphs, we can surely say that it is very old,” he added.

Assyrians are a community that traces its heritage back to ancient Mesopotamia. They speak a Semitic language distinct from Arabic.

A largely Semitic-speaking people, the Assyrians inhabited the land around the Tigris River in Upper Mesopotamia, which covers modern-day northern Iraq, northeastern Syria, southeastern Turkey and the northwestern fringes of Iran. The Assyrians came to preside over a number of powerful empires and dynasties and contributed greatly to the land's reputation as the "Cradle of Civilization." Having given birth to the Sumerian, Akkadian, and Babylonian empires, Assyria reached a height of technological, scientific and cultural sophistication that was unrivaled for the time.

At its peak, the Neo-Assyrian Empire of 911 to 609 BC stretched from Cyprus and the East Mediterranean to Iran, and from present-day Armenia and Azerbaijan in the Caucasus to the Arabian Peninsula, Egypt and eastern Libya.

The name "Assyria" originates with the Assyrian state's original capital, the ancient city of Aššur, which dates to 2600 BC – originally one of a number of Akkadian-speaking city-states in Mesopotamia.

There are 25,000 Syriac Christians in Turkey, approximately 18,000 of whom live in Istanbul, according to unofficial figures.