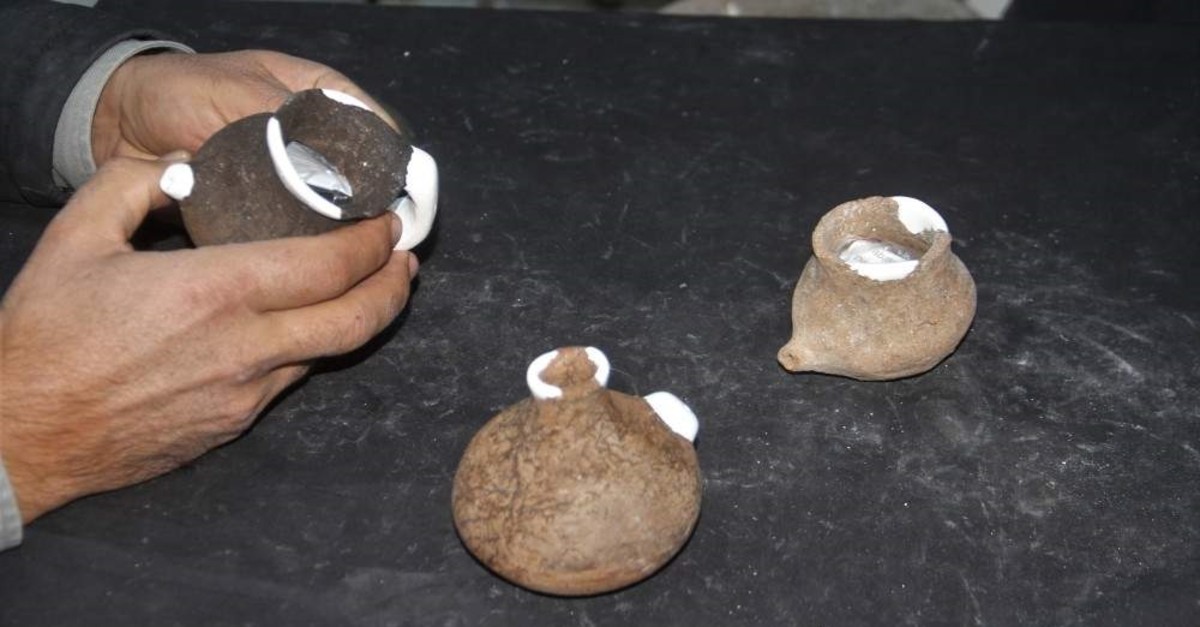 The discovery was made at the early Bronze Age settlement in Murat village in Bingöl's Solhan district, Ihlas News Agency (IHA) reported Sunday. Archaeologists found three artifacts with spouts identified as baby bottles made out of clay. The bottles had single handles and could hold approximately 50 to 150 milligrams of liquid, the report said.

The excavations were carried out under the coordination of the Ministry of Culture and Tourism, Elazığ Museum Director Ziya Kılınç and with the consultation of Fırat University's Archaeology Department Dean Abdulkadir Özdemir. Kılınç noted that archaeologists had successfully unearthed 46 sections of the 100-square-meter settlement.

"All objects found in the settlement were transferred to our museum after being recorded," Kılınç said, adding that they had identified 124 objects in total. He continued by saying that the oldest artifacts had only been unearthed after archaeologists finally reached the lowest layer of the mound.

Kılınç noted that the baby bottles constituted the most interesting find, adding that similar bottles dating back 2,000 years had been discovered two years ago in the western province of Çanakkale. He referred to the rare artifacts as "valuable items" for the Elazığ Museum.

Around 600 artifacts from various periods discovered at the mound have been added to the museum inventory in total, according to Kılınç, who noted the unearthing of a total of five different layers from the Middle Byzantine period, the Islamic era, the time of the Urartian civilization, the Iron Age and the early Bronze Age.

Kılınç praised the archaeologists for their meticulous work in excavating these ancient artifacts and ensuring their transfer to the museum with minimal damage.

The excavations in Bingöl were initially launched in April 2019. Archaeologists previously unearthed samples of grain at the site, which showed that the mound was the earliest agricultural settlement in the area.
Last Update: Jan 13, 2020 4:57 pm
RELATED TOPICS