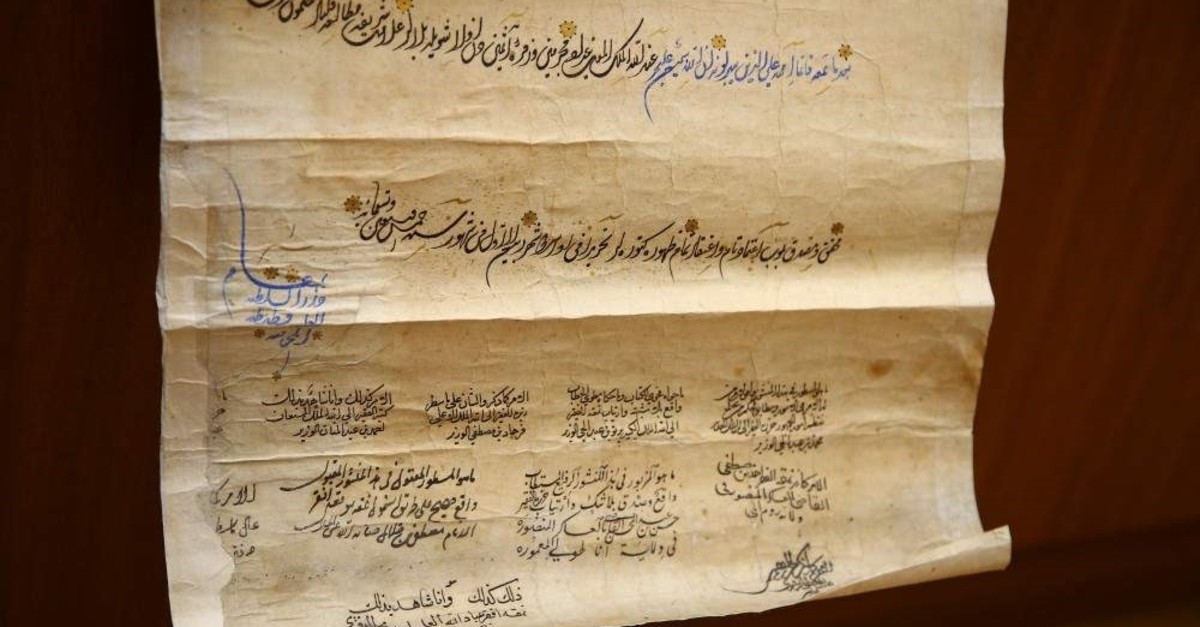 A title-deed dating back to the reign of Ottoman Sultan Suleiman the Magnificent has been discovered within the archives of the Azerbaijan National Academy of Sciences' Institute for Scriptures (AA Photo)
by Daily Sabah with AA Jan 16, 2020 12:07 pm

A "mülkname," or Ottoman title-deed which dates back to the reign of Suleiman the Magnificent (1520-1566) has been discovered in the archives of the Institute of Manuscripts of the Azerbaijan National Academy of Sciences.

Mülknames were imperial deeds issued personally by the sultan in order to bestow lands and public assets to loyal subjects.

The document still bears the royal seal of Sultan Suleiman and is written in Ottoman Turkish using the ornate "divani" style of calligraphic script. The text is composed of declarations bestowing land to various figures throughout Anatolia and Rumelia.

The document, also known as a "hibename," was inscribed in Istanbul in 1566 using black, gold and blue ink.

Measuring 30 centimeters in width and 180 centimeters in length, the document also bears the signatures of viziers Pertev Pasha and Ferhat Pasha, alongside those of kazaskers (military judges) of the imperial army Ahmet Efendi and Hüseyin Efendi. 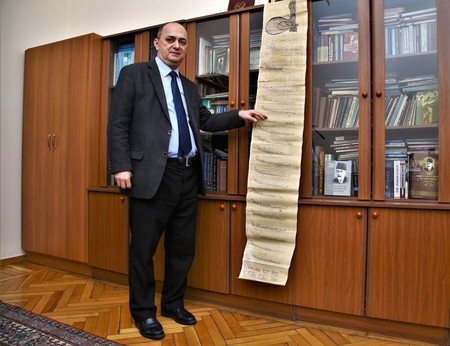 The institute's Vice President Pasha Kerimov told an Anadolu Agency (AA) correspondent Tuesday that it was not clear when and how the document entered the archives, although he was very pleased to have such a historic document in Azerbaijani archives.

Stating that mülknames were crucial in the study of Ottoman legal history, Kerimov said the team would work to restore its condition.

Similar documents from the period are often unearthed in Turkish archives.