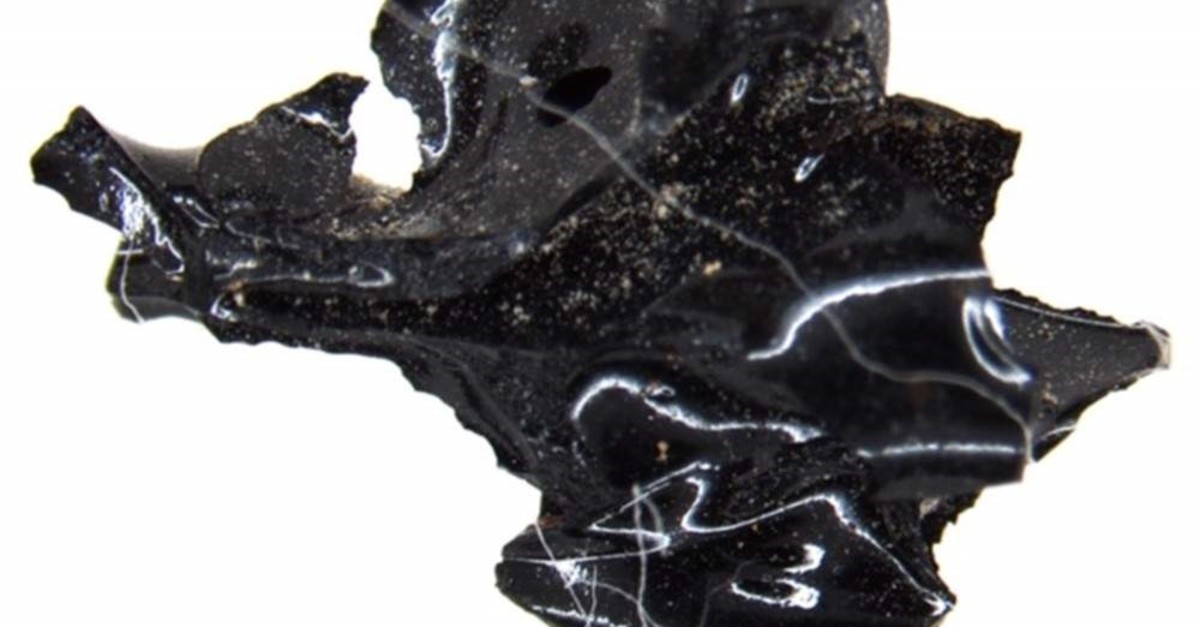 This undated photo released Jan. 23, 2020 by the press office of the Haerculaneum Archeological Site shows a vitrified brain fragment from a victim of the volcanic eruption of Italy's Mount Vesuvius in 79 A.D. (AFP Photo/Press Office of the Haerculaneum Archeological Site)
by Associated Press Jan 23, 2020 3:56 pm
The eruption of Mount Vesuvius turned an incinerated victim's brain material into glass, the first time scientists have verified the phenomenon from a volcanic blast, officials at the Herculaneum archaeology site said Thursday.

Archaeologists rarely recover human brain tissue, and when they do it is normally smooth and soapy in consistency, according to an article detailing the discovery in the New England Journal of Medicine. The eruption of Vesuvius in the year 79 instantly killed the inhabitants of Pompeii and neighboring Herculaneum, burying an area 20 kilometers (12 miles) from the volcano in ash in just a few hours.

The remains of a man lying on a wooden bed were discovered at Herculaneum, closer to Vesuvius than Pompeii, in the 1960s. He is believed to have been the custodian of a place of worship, the Collegium Augustalium.

A team led by Pier Paolo Petrone, a forensic anthropologist at the Federico II University in Naples, determined that the victim's brain matter had been vitrified, a process by which tissue is burned at a high heat and turned into glass, according to the study published by the New England Journal of Medicine. The fragments presented as shards of shiny black material spotted within remnants of the victim's skull.

A study of the charred wood nearby indicates a maximum temperature of 520 degrees Celsius (968 degrees Fahrenheit).

"'This suggests that extreme radiant heat was able to ignite body fat and vaporize soft tissue,'' the study said.

The resulting solidified spongy mass found in the victim's chest bones is also unique among other archaeological sites and can be compared with victims of more recent historic events like the firebombing of Dresden and Hamburg in World War II, the article said.

The flash of extreme heat was followed by a rapid drop in temperatures, which vitrified the brain material, the authors said.

''This is the first time ever that vitrified human brain remains have been discovered resulting from heat produced by an eruption,'' Herculaneum officials said.
RELATED TOPICS