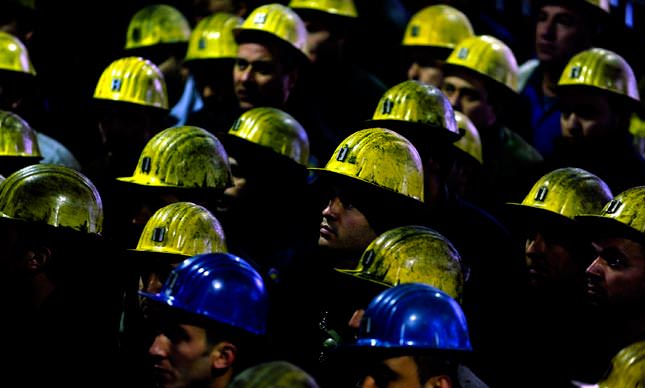 by Feb 26, 2014 12:00 am
Turkey's state-run mining agency, Turkish Hard Coal Enterprises (TTK), has released a report which states that 196 miners were injured in the country in January 2013. The accidents all occurred at five mines operated by TTK in northern Turkey. Eyüp Alabaş, director of a miners' union, said the number of accidents was high due to lack of safety measures and labor-intensive nature of the mining. Alabaş noted that a total of 2,459 miners were injured in accidents last year. "Turkey has labor safety laws but inspections are not adequate. Mining activities should be made safer," he said.

The highest number of injuries in January, 78, occurred at the Karadon mine in the northern Turkish province of Zonguldak.
The cause of accidents range from mine collapses to injuries during the transport of ores to the surface. TTK employs 9,169 workers in five mines.