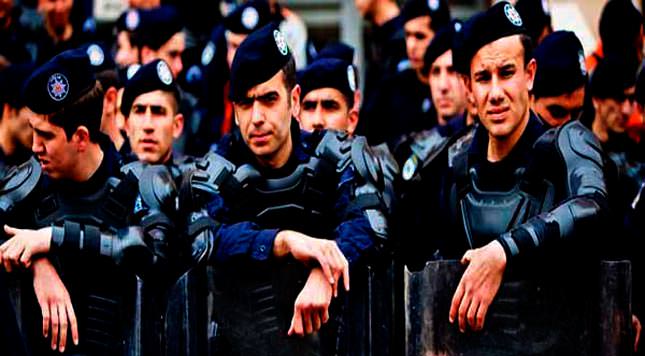 by Feb 27, 2014 12:00 am
The Turkish Ministry of Interior has launched an investigation into alleged cheating on exams taken by police inspectors in the past decade.

The investigations found that until 2005, Gülen Movement followers provided questions to participants loyal to the movement ahead of exams. Gülenists allegedly provided fewer questions later as suspicions arose over cheating in the exams. Suspicions regarding cheating emerged first in 2005 when 210 police officers passed the exams and 100 of them answered all questions correctly.

Four questions in the exam were found to be confusing and were subsequently cancelled. However, participants who scored highest by answering all questions nevertheless passed the exam and all gave the same answers to the four questions. A police officer who preferred to remain anonymous said in the past questions were given to Gülenists in law enforcement one week before the exam.

The officer claimed Gülenists decided to scale back the number of questions they provided to followers after suspicions arose and lawsuits were filed in response to alleged cheating.