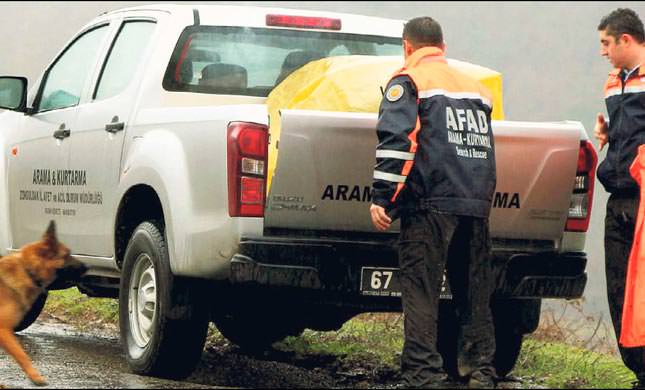 by Feb 28, 2014 12:00 am
Turkish gendarmerie sniffer dogs located a murder suspect hiding in a forest in northern Turkey yesterday.

Detection dogs, also called sniffer dogs, are trained to apprehend criminals and are increasingly used by the security forces in Turkey in recent years to locate suspects or missing persons.

Two of these dogs, Afet and Ayaz, joined gendarmerie troops and search and rescue teams looking for a murder suspect in a forest in the northern province of Zonguldak.

Hüseyin Güçlücan was on the run after allegedly killing his wife and inlaws after burning their corpses in a village.

Surveying the area, gendarmerie troops concentrated their efforts on a forest near the villages. After sniffing the clothes the suspect left at home, the dogs pursued his trail. They led teams to an area where the suspect left his footprints. Troops captured the suspect as he was fleeing the hideout.

Sniffer dogs, employed by Turkish police since 1997, help law enforcement officials in counter-narcotics operations and in finding hidden explosives. After a training program to improve their sniffing skills, dogs are able to find a target within a range of 10 kilometers.