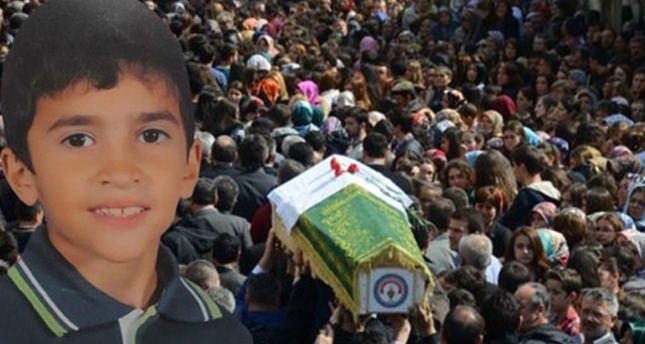 KIRKLARELİ – Following the rape and killing of a 10-year-old boy, people in the northwestern province of Kırklareli poured to the streets to express their outrage against the suspect.

Upon interrogation, the man confessed he abducted and killed Aktaş after raping him. The boy's body was found in a forest.