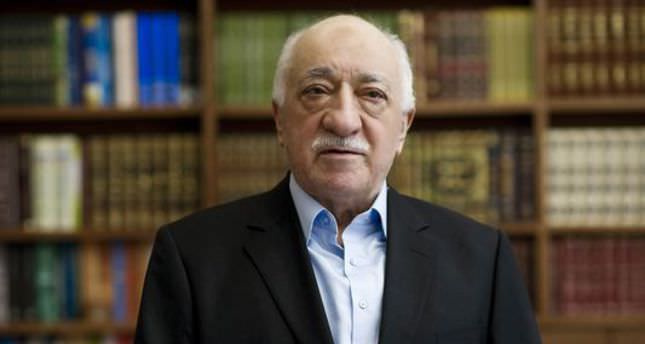 ANKARA — Alparslan Arslan, who was convicted and sentenced to life in prison for the murder of a high court judge in 2006, has accused Kemalettin Gülen, a lawyer and nephew of controversial imam Fethullah Gülen, of persuading him to carry out the murder. Arslan, a lawyer, shot dead Mustafa Yücel Özbilgin, a judge at the Turkish Council of State, the highest administrative court in Turkey, and injured four other judges in a shooting at the Ankara court in 2006. He was sentenced to life in 2008.

Media reports indicate that Arslan had close ties with Kemalettin Gülen. The relationship between the two men dated back many years they studied law together at Marmara University in Istanbul. During his interrogation, Alparslan Arslan claimed he frequently stayed at "ışık evi," houses where single Gülenists and students stay. Arslan said in the trial that Gülen showed him a news report about Council of State members who ruled for a hijab ban at public institutions, which was allegedly the primary motive for Arslan to carry out the murder.
Gülen denied the accusations and told the court that Arslan was mentally unstable.

Gülen is now facing more accusations such as making a phone call to and insulting Mustafa Birden, before he was injured in the attack at the court. Arslan also reportedly went to the law office of Gülen one week before the murder and Gülen gave him Mustafa Birden's address and phone number. However, Gülen was not interrogated despite allegations voiced by Arslan.

Lawyers and defendants in the Ergenekon trial have called on the court to investigate the connection between Arslan and Gülen. Kemal Kerinçsiz, a defendant, has called on the court to investigate how Arslan acquired a Glock, an expensive hand gun that is difficult to find in Turkey, and implied Arslan obtained the gun through Gülen. He further claimed prosecutors deliberately ignored the connection between the two.

Arslan was accused of carrying out the murder for Ergenekon, an organization which plotted to overthrow the government.

The court he stood trial in did not find any connection to the Ergenekon plot as it was claimed earlier but the Supreme Court overturned the court's verdict on the grounds that the Ergenekon connection was not investigated thoroughly. Ergenekon has long been claimed to be "a terrorist organization" particularly by media outlets affiliated with the Gülen Movement. Media reports claim prosecutors' attempts to connect the murder to Ergenekon were part of a plan to portray Ergenekon as a terrorist organization.