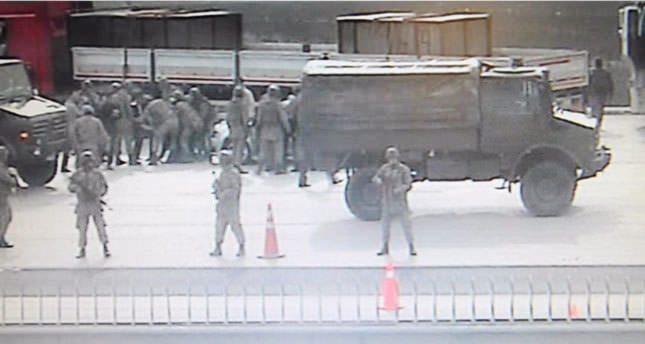 by AA
Apr 11, 2014 12:00 am
ADANA, Turkey — A Turkish army captain has been arrested on Thursday as part of an investigation into an illegal search of trucks belonging to the country's MIT intelligence agency in January.

The captain identified only by the initials H.G. and another active soldier were held on Wednesday in Ankara, their place of duty, before being transferred to the southern city of Adana, where the incident on January 19 took place.

A court in Adana ordered the arrest of H.G., whereas the other soldier remains in detention.

En route to Syria, seven trucks belonging to Turkey's intelligence agency were stopped by gendarmerie teams on January 19 despite a national security law forbidding such an act.

Turkey's Interior Ministry said the trucks were conveying humanitarian aid to the Turkmen community in Syria.

The prosecutor and security officers who ordered the stopping of the trucks were later removed from their posts.