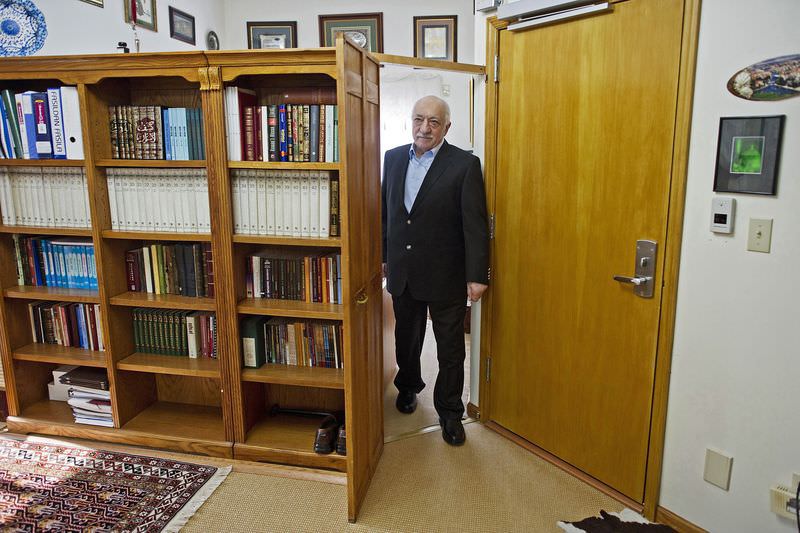 Fethullah Gülen may be extradited, as an investigation was launched against him. He could be accused of attempting to topple the government

Washington D.C. — Prime Minister Recep Tayyip Erdogan's recent statements regarding the extradition of Fethullah Gülen, leader of the Gülen Movement, residing in Pennsylvania, who allegedly attempted to infiltrate Turkish state institutions and topple the government, have aroused speculation as to whether or not U.S. authorities will respond to the Turkish government's extradition request for Gülen. Also yesterday, Ankara Gölbası Prosecutor's Office launched an investigation into claims that top secret information stored in Telecommunications Authority (TIB) computers were handed over to foreign governments before being erased as part of an espionage program.

According to Turkish newspaper Habertürk, the Public Prosecutor of Ankara has launched an investigation on Gülen based on the 10th Article of the Counterterrorism Law (TMK), and the file was transferred to the relevant prosecutor at the Crimes Against the Constitution Unit after the TMK was abolished.

The indictment included "Conspiring against the armed forces" and "infiltration of the judiciary through Gülenist imams," along with a number of emails, letters of warning and personal appeals and others. Habertürk also claimed the movement has "partially or completely attempted to destroy the government of the Republic of Turkey or to obstruct its services" and "organized and administered a criminal organization."

Gülen's lawyer, Nurullah Albayrak, has denied the allegations and stated there are no legal cases filed against Gülen at the moment.
The Obama administration will make the final decision on the extradition of Mr. Gülen under legal circumstances, including the existence of a court order.

Gülen's extradition process will be slower and more challenging than the Turkish government thought, a legal expert said yesterday. Erdoğan raised his demand for Gülen's extradition in an interview with well-known talk show host Charlie Rose on Sunday evening.

Erdoğan cited Turkey's close relationship with the United States government and said he was expecting to at least see Gülen's extradition out of a spirit of alliance.

U.S. State Department spokesperson Jen Psaki refused to comment on Erdoğan's statements but referenced the Obama administration's "long-standing policy" on the matter. "I can't speak as a matter of policy to any pending or potential extradition requests," she stated.

Many experts, who chose to speak anonymously due to the speculative nature of the topic, believe that a possible extradition process will be finalized after a long legal and political battle. "As a first step in the extradition process Turkey needs to get a court order for the arrest of Gülen," said Efe Poturoğlu, a Washington-based lawyer who has more than 12 years of experience in immigration and Turkish-American legal issues. "The order must be submitted to the U.S. Department of State via the Turkish Ministry of Justice. Then the Pennsylvania State Attorney General would launch an investigation on the request and a federal judge would take care of the case."

Even if a judge orders Gülen's extradition to Turkey, the Obama administration has the authority to veto the decision.
According to Poturoğlu, the U.S. government could refuse an extradition request for a range of reasons which are listed in an agreement between Turkey and the U.S. "One of the reasons that provide a justification for refusal is asking for a person's extradition due to his political stance. The Obama administration could ask for more evidence and additional documents as well," said Poturoğlu.

Gülen has maintained his silence on the topic since the March local elections in which Erdoğan's AK Party declared its victory with a clear majority.

The movement has grown hostile towards the government following the government's announcement that they would close down prep schools, which disturbed Gülenists, as they own most of the prep schools in the country and recruit future supporters through these institutions.

The Dec. 17 operation was initiated by a number of Gülenist prosecutors, falsely claiming that the government is involved in corruption, resulting in the resignations of four ministers whose sons were allegedly involved in the case, while a few ministers and parliamentarians who support the movement have stepped down from their posts in the Justice and Development Party (AK Party).

Gülenist prosecutors illegally ordered searches of National Intelligence Organization (MİT) trucks in Hatay on Jan. 1 and in Adana on Jan. 19, and security forces assaulted a number of intelligence officers, which was captured on security cameras and sparked debates. The movement is also accused of the illegal wiretapping of thousands of individuals and institutions, including prominent figures like ministers, academics, universities, nongovernmental organizations and many others under the fabricated "Tawhid-Salam terror organization case" created by Gülenist agents within the security forces and the judiciary.

More importantly, it is also alleged that agents of the movement working for the ministry used a bugging device to wiretap a top secret Ministry of Foreign Affairs security meeting concerning Turkey's possible response in the event the Suleiman Shah tomb in Syria - a Turkish enclave - was attacked by Syrian forces, exposing a serious threat to the country's intelligence organization, ministry and other government officials. Gülen has been accused of using false documents to obtain a green passport when his credentials as an imam were not sufficient for him to gain one. Here, Gülen was able to gain the passport through his agents within government institutions, allowing him to go to the United States in 1999, where he has resided since then in self-imposed exile.