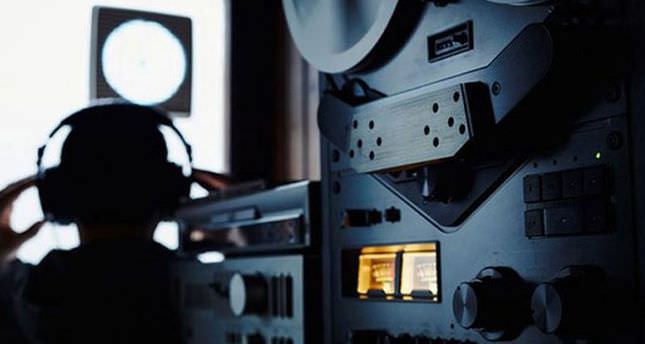 by Daily Sabah May 03, 2014 12:00 am
ISTANBUL — Significant details have been uncovered about the wiretapping and fabricated tape recordings from Prime Minister Recep Tayyip Erdoğan's home and office by the Gülen Movement, revealing a spy ring consisting of 30 people. This is according to four new reports issued by the National Intelligence Organization (MİT), the Prime Ministry Inspection Board and the anti-terror departments of the police force.

The reports stated that the fabricated tape recordings of the prime minister were uploaded to social media sites from an address based in Yıldız, Ankara. The report was prepared within the scope of "spying" by prosecutor Durak Çetin from the Ankara Crimes Against the Constitution Department.

Two years ago, MİT found two bugs placed in the prime minister's house and office and eight suspects involved in the case were uncovered.

Currently, the investigations are taking a more comprehensive form as findings exposed an organization consisting of about 30 people, but the leader of the organization has still not been released.

The MİT first analyzed how the tape recordings were published online and through social media sites, and then determined the uploads were made in foreign countries. It was discovered that a number of methods were used to manipulate the actual location of the IP address from where the uploads were made.

The fact that the recordings were uploaded in Yıldız, where the Intelligence Department of the Turkish National Police is located, raised questions about the Gülen Movement, known to have agents within important institutions in Turkey. The officials were also surprised to discover that the suspects who uploaded the recordings continued to publish them until March 30, when local elections were held in Turkey. It is reported that the results of the investigation could have serious implications for other cases as it is expected to reveal who was involved in the issue. Fethullah Gülen, the leader of the Gülen Movement living in a self-imposed exile in the U.S., is currently facing an investigation initiated by the Ankara Public Prosecutor for a number of charges, including conspiring against the Turkish state and infiltration of state institutions, which could result in his extradition.