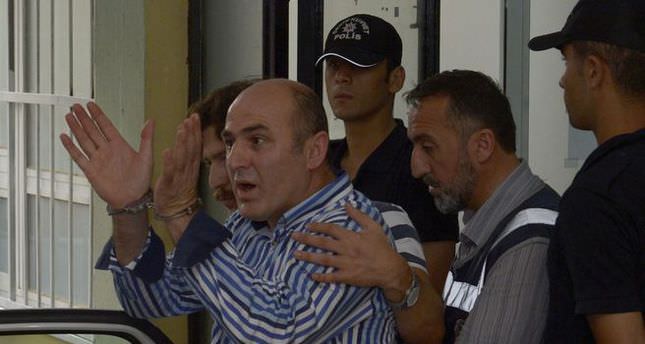 by AA Jul 29, 2014 12:00 am
The Gülen Movement, led by U.S.- based imam Fethullah Gülen, which has fought hard to portray itself as a civil society movement that aims to serve humanity, has been implicated in the illegal wiretapping of many people, including top statesmen.

Turkish police clamped downed on the movement's members, some of whom were working in police departments, detaining over 100 people last Tuesday. Following interrogations of detainees at the police department, 92 of them were sent to the Istanbul Courthouse in the Çağlayan neighborhood to be interrogated by prosecutors. After completing questioning by prosecutors, 66 of the detainees were sent to court to formally be placed under arrest.

Fuat Ali Yılmazer, who oversaw intelligence for the Istanbul police and is accused of forming and leading a criminal gang, was among those formally arrested. Others are accused of illegal wiretapping, forging documents and espionage.

Court has made its decision on remaining 32 suspects according to the defense that they have provided, while verdict for the remaining 17 suspects were made according to reports on their file.

Prior to the announcement by the court, extensive security measures were taken within and around the courthouse.