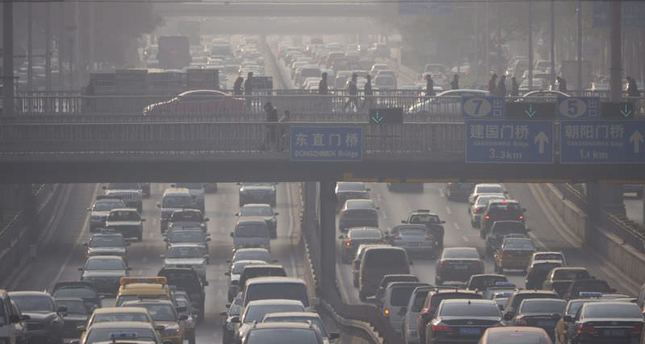 by Sep 09, 2014 12:00 am
The levels of carbon dioxide in the atmosphere rose at the highest rate in nearly three decades last year, the World Meteorological Organization (WMO) said Tuesday, calling for urgent action against climate change.

The increase, the biggest since 1984, was the main reason why concentrations of greenhouse gases that cause global warming reached a new record level overall, the Geneva-based UN agency said.

The concentration of CO2 in the atmosphere was 42 per cent higher than in the mid-18th century, before the industrial revolution.

Since then, methane levels have risen by 153 per cent, and nitrous oxide by 21 per cent.

"We must reverse this trend by cutting emissions of CO2 and other greenhouse gases across the board," WMO Secretary General Michel Jarraud said. "We are running out of time."

Burning of coal and oil, as well as the energy-intensive production of cement, have been pushing up CO2 levels.

However, the WMO said that last year's increase cannot be explained by burning of fossil fuels alone.

The UN agency pointed to changes in the amount of burned biomass, and in the way that the gas is exchanged between the atmosphere and the biosphere on the ground, as likely additional factors.

Although most of the CO2 ends up in the atmosphere, a quarter is stored in the oceans, where it is making the water more acidic, the WMO said, warning of negative effects on corals, algae and other marine organisms.