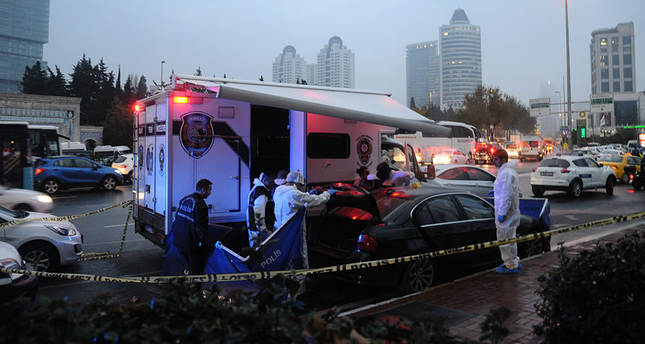 by daily sabah
Nov 13, 2014 12:00 am
Famous businessman Mehmet Sinan Kenanoğlu was found shot dead on late Thursday evening in his own vehicle in Istanbul's municipality of Beşiktaş. Kenanoğlu was the owner of Do-Re-Mi underclothing company and Istanbul provincial Vice Chairman of the political party MHP.

Police quickly arrived at the scene where the businessman Kenanoğlu was found inside his car on a street corner with a bullet wound to the head. A gun was located inside of the victims vehicle. An investigation has been launched to determine whether the bullet came from the gun found in the car.