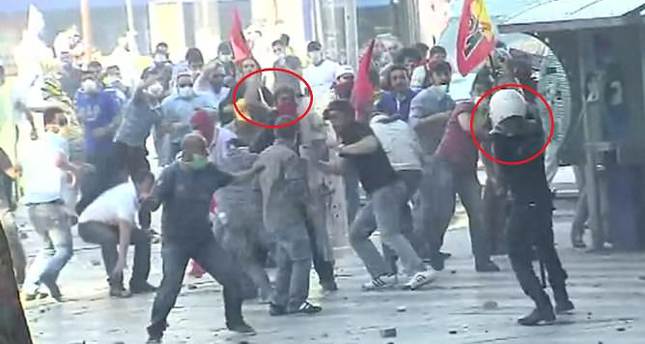 by Daily Sabah with AA Dec 08, 2014 12:00 am
The Office of the Chief Public Prosecutor of Turkey's High Court of Appeals overturned the Ankara Sixth High Criminal Court's decision regarding the shooting of Ethem Sarısülük by police officer Ahmet Şahbaz.

It further said that the gun used in the incident was the police officer's personal gun, but instead of confiscating it, the weapons was returned to the police department.

Sarısülük was shot by officer Şahbaz on June 1, 2013 in Ankara during the height of Gezi protests. Sarısülük's shooting was captured by cameras, in which Şahbaz is seen leaving the rest of police officers positioned in the area and getting into direct contact with the protesting group, throwing kicks. Overcrowded by the protesters, Şahbaz pulled out his gun and discharged two shots into the air, then fired another shot which hit Sarısülük in the head before starting to run away. Heavily wounded, Sarısülük died on June 14.

Şahbaz was arrested 13 months after the incident and was sentenced to seven years, nine months and ten days on September 3 for "murder under unjust provocation" and for "using duty weapons for criminal purposes.", in which he will only serve for four years and a month.