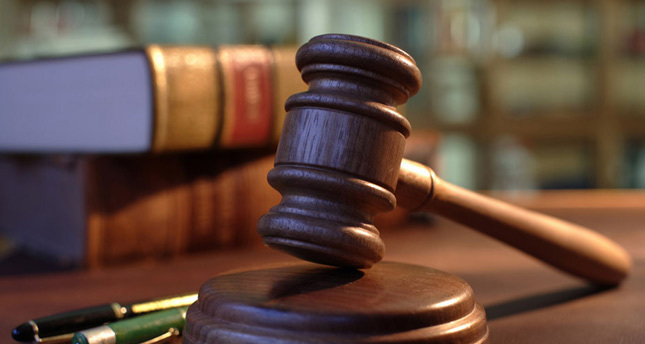 by Daily Sabah Dec 25, 2014 12:00 am
An Istanbul court yesterday rejected an arrest warrant sought by a prosecutor for Faruk Sarı, the former intelligence department director for the Turkish National Police's Trabzon branch, over his failure to prevent the 2007 murder of Turkish-Armenian journalist Hrant Dink.

It is the first time that an arrest warrant for a law enforcement official has been sought in the case, where police officers and prosecutors with reported links to the controversial Gülen Movement have been accused of covering up their involvement in the murder perpetrated by 17-year-old Ogün Samast. The teen was convicted for shooting and killing Dink in Istanbul and had recently testified to the prosecutor investigating the murder. He said top police chiefs were aware of the murder plot but did not do anything; on the contrary, they encouraged him.

Prosecutor Gökalp Kökçü interrogated Sarı, who served as the intelligence unit's head in Samast's hometown of Trabzon in northern Turkey, on charges of assisting manslaughter by neglecting intelligence concerning the murder, despite having a responsibility to prevent it. He was released pending trial by the court, which banned him from traveling abroad.

The prosecutor's office in Istanbul previously questioned top police intelligence officials including Sabri Uzun, Akyürek and Yılmazer. Moreover, the trio is officially referred to as "suspects" in the prosecutor's case.

An investigation by previous prosecutors who worked on the murder case revealed that they dismissed allegations about Akyürek and Yılmazer. Uzun, who was head of the National Police Intelligence Department, had claimed his subordinates had concealed evidence about the murder of Dink. Questioned about the murder, Uzun said Yılmazer hid an intelligence report from him regarding a plot to kill Dink.

Yılmazer is currently in prison for a separate case involving illegal wiretapping, while Akyürek was removed from duty amid a major reshuffle among Turkish law enforcement last year. Earlier, he was suspended over allegations of destroying and leaking secret documents regarding the Dink investigation. Testifying to prosecutors recently, Akyürek admitted that he became aware of the planned murder of Dink after one of his subordinates presented him with an intelligence report. He told prosecutors he did not remember the details and thought that the Istanbul and Trabzon police directorate had "taken necessary measures."

Media outlets claim both Akyürek and Yılmazer are affiliated with the "parallel state," the name used to describe infiltrators of the controversial Gülen Movement in the police and judiciary. The movement, headed by U.S.-based cleric Fethullah Gülen, is accused of attempting to overthrow the government and imprison its critics by launching operations by prosecutors and police loyal to them through fabricated and planted evidence implicating defendants in a number of cases.

Nedim Şener, a journalist who was imprisoned on what he called trumped-up charges after penning a book about a cover-up of the police's role in the murder, had claimed infiltrators in law enforcement who were loyal to the Gülen Movement had an active role in Dink's murder. Sarı, Yılmazer and Akyürek, along with other police officials, had filed a lawsuit against Şener over his allegations, but he was later acquitted.